Jan.15 - Daniel Ricciardo has indicated he is more likely to try his hand at Le Mans as opposed to the equally-fabled Indy 500.

The Australian has moved from Renault to McLaren for 2021 - with his new team also fielding an Indycar team, and looking ahead to future outings at Le Mans and possibly Formula E.

"To be completely honest, ovals scare me a little," he is quoted by Speed Week when asked about the Indy 500.

"Indy would be cool, but I think I'd need a test first. But what Fernando (Alonso) did was great and I thought about how I'd go. Maybe one day."

The 31-year-old sounds much more likely to eye Le Mans.

"Some of my colleagues have already done that, and the idea of sharing all the secrets with your teammates rather than keeping your cards close to your chest in Formula 1 sounds interesting," said Ricciardo.

"The idea of pushing yourself to the limit physically and mentally over 24 hours is also cool."

Ricciardo's new boss Andreas Seidl - formerly at Porsche - actually had talks with the Australian a few years ago when he ultimately gave the Le Mans seat to 2015 winner Nico Hulkenberg.

"Daniel was always one of those drivers I kept an eye on," Seidl admitted. "I like the way he races and I've always found his positive attitude refreshing.

"Now we will be able to work together and I'm looking forward to it."

Former Haas driver Romain Grosjean is understood to be close to signing a deal to race in Indycar this year with the Dale Coyne team. 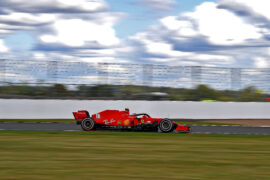 Title sponsor to return to Ferrari livery this season? 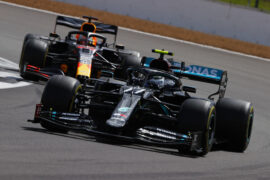