Hulkenberg thinks he can be close to Verstappen

Oct.19 - Nico Hulkenberg thinks he could satisfy Red Bull's requirements to become the new teammate for Max Verstappen in 2021.

Continuing to support Alex Albon for now, Dr Helmut Marko said recently that even Hulkenberg or Sergio Perez would only be able to get within three tenths of Verstappen's pace.

Hulkenberg told motorsport-magazin.com: "On better days I can be closer than three tenths to Max.

"Max is a real killer in terms of speed and being his teammate is a difficult task, but it would be interesting to understand where I am in relation to him."

German Hulkenberg says he is happy that his last-minute stand-in performances for Sergio Perez and Lance Stroll at Racing Point this year have resulted in some calling him a "firefighter".

"There aren't that many drivers out there who can do that - just jump in and perform," he told Bild am Sonntag.

"But being a fireman is not what I am striving for. There were teams that wanted me to work permanently as a substitute driver after my first assignment. But a regular cockpit is my priority."

Hulkenberg says Red Bull is clearly "the best option" for 2021, but he acknowledges the chance of securing the seat is small. 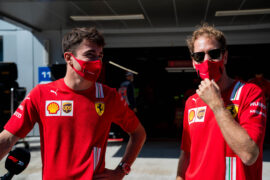 Stewart: Vettel should retire and be F1 ambassador 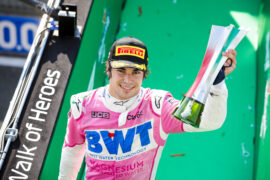