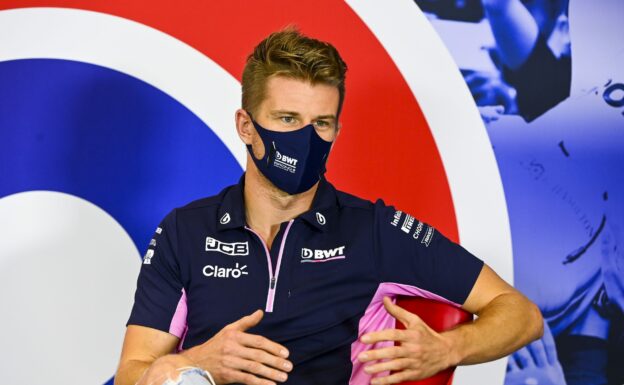 Jul.18 - Nico Hulkenberg is not denying that he is the frame for a potential Haas or Williams seat next year.

The 33-year-old, who lost his full-time seat after 2019 but last year served as 'super sub' for Racing Point, is now an Aston Martin-Mercedes reserve driver whilst his new wife is expecting their first child.

He is not expecting Enzo Ferrari's famous prediction - that Formula 1 drivers get slower once they are fathers - to be true of himself.

"You should never contradict the great Enzo Ferrari," Hulkenberg laughed to Bild am Sonntag newspaper, "but I'd like to prove him wrong."

In fact, he says his racing fire is still burning brightly.

"To be honest, I miss racing a lot and feel that I can still offer a lot to motorsport as an active driver," said the German.

"The break has made my life a little more relaxed, because you only really become aware of the constant pressure once you're out."

Now, however, he is back on the phone with F1 team bosses - but he won't say how many.

"You can count them on one hand," Hulkenberg smiled. "Mercedes, Red Bull and Ferrari.

"Seriously, I think everyone can work out for themselves where there could be an opportunity. I have no illusions that the door is closed for me at the top teams."

With George Russell expected to go to Mercedes, and Mick Schumacher also potentially on the move, there could be key vacancies for 2022 at Williams and Haas.

"As I said, I don't want to go into details," answered Hulkenberg when those two teams were mentioned.

One rumour is that he is even prepared to race for free.

"I am convinced that I still belong in Formula 1, not because I would offer myself for nothing but because the performance would be right," he said.

"I believe that if you are really good at something, you should be rewarded accordingly."

Hulkenberg also admits that it is probably his last chance to be seriously linked with a Formula 1 comeback.

"Fernando Alonso was out for two years and came back, but he's also a two-time world champion," said the German. "I think that's how realistic I have to be.

"If it doesn't work out now, the Formula 1 chapter is over for me."

He is ruling out DTM as a back-up plan, but is keeping an eye on Indycar - where Romain Grosjean, Marcus Ericsson and other former F1 drivers are active.

"I've watched a couple of Indycar races, but I can't say yet whether the US is an option for us as a family," said Hulkenberg. "But I would like to stick with open wheelers." 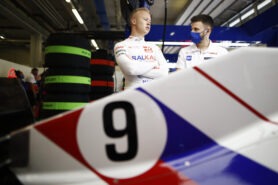 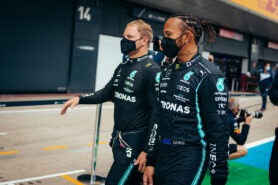 Mercedes seat next to Hamilton still not decided by team boss