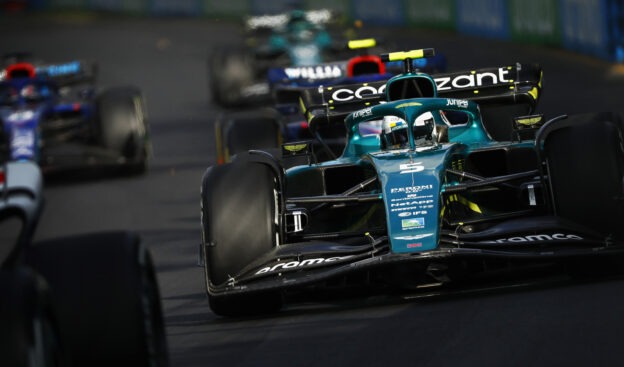 Apr.11 - Aston Martin's 2022 season so far has been disastrous in almost every way imaginable.

That was the blunt assessment of 1997 world champion Jacques Villeneuve - a regular critic of Stroll's son Lance.

He now aims fire at his fellow French Canadian Lawrence Stroll, with Villeneuve insisting that the billionaire is discovering that F1 "is not a clothing chain or watch brand".

"Especially if you're running a team for your son, finding solutions becomes all the more complicated," said the 51-year-old.

As Vettel returned from his covid recovery, Melbourne was one of the worst weekends in the quadruple world champion's entire career.

But Aston Martin is also the only team in pitlane without a single point after the opening three races of Formula 1's all new regulations era.

Vettel, though, having been cleared from the medical centre after his race-ending, single-car crash, insists: "The mood in the team is good.

"The next races will be difficult but it can't get worse than this. Our car has potential but we're not there yet."

Even before Australia, however, some were speculating that the dire situation could push Vettel into early retirement.

"It was so bad here that you almost feel sorry for him," fellow German Ralf Schumacher told Sky Deutschland.

Villeneuve, meanwhile, told the Dutch publication Formule 1: "Stroll's incident with Latifi in qualifying was just embarrassing, but I think Vettel would rather be at home.

"He also made mistakes at Ferrari, but his mistakes this weekend were something else. They were not big hits, but sponsors don't like that. It also costs money because of the lost points let alone the damage," he said.

"The question now is what is Lawrence Stroll doing? If he treats his drivers the way he does business, those are not nice conversations.

"Even in the long run this not an easy situation to solve. They have build a car comparable to Williams or a Haas, but those teams did it with less budget," Villeneuve added.

And as a final insult, F1 drivers concluded the Melbourne weekend by slamming Aston Martin's safety car, with George Russell pointing out that the equivalent Mercedes is "five seconds a lap quicker".

"The safety car was like a turtle," world champion Max Verstappen said. "Incredible. The Mercedes safety car is a lot faster. It's just terrible." 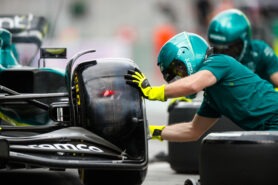 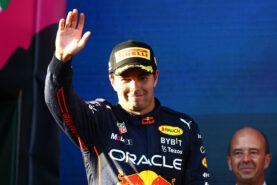 Red Bull in no hurry to decide next year's driver pair