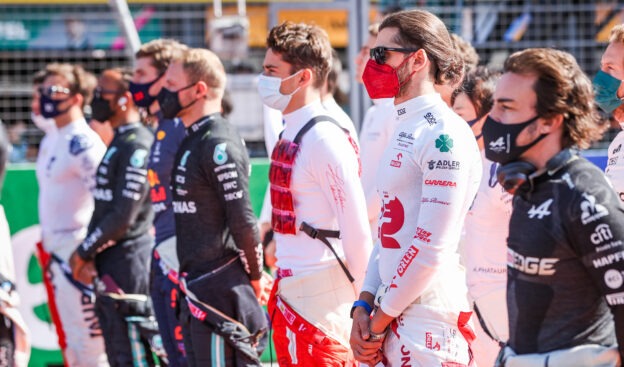 Sep.7 - A Chinese driver has raced into pole position to be Valtteri Bottas' teammate at Alfa Romeo next year.

On Monday, the lid was finally lifted on Mercedes' plans for next year, with Finn Bottas departing - and the door now firmly open for George Russell.

"This hasn't been an easy process or a straightforward decision for us," said team boss Toto Wolff.

"He would absolutely have deserved to stay with the team, and I am pleased that he has been able to choose an exciting challenge with Alfa next year to continue his career at the top level of the sport."

The news puts into context Bottas' controversial decision to set the fastest lap towards the end of Sunday's Dutch F1 GP - requiring Lewis Hamilton to better it in order to secure the vital extra point.

"It was a bit cheeky, but understandable," said Wolff when asked about Bottas' reaction to the team order.

"We are going to talk about it but in a most amicable and professional way. But I can certainly relate to the situation."

Bottas justified the move by insisting he was "just playing around", but it calls into doubt his commitment to helping Hamilton and Mercedes to win the 2021 titles before his departure.

He admits: "Lewis needed that one extra point more than me.

"He is fighting for the world championship and as a team we're trying to get the maximum points so that's how it is."

"At one point, Bottas made a mistake when Max was behind him," he told Ziggo Sport. "Then Max struck right away.

"This is why Bottas is not worthy of a Mercedes seat. He made it way too easy for Max."

One pertinent question now is who Bottas will be paired with at Alfa Romeo next year.

According to RMC Motori correspondent Paolo Ciccarone, the favourite is a front-running Formula 2 driver from China, Guanyu Zhou - although other media reports suggest there are four other candidates.

The publication said Zhou is poised to replace Antonio Giovinazzi thanks to EUR 30 million promised to the Swiss-based team by his sponsor.

The other three candidates for the Alfa Romeo seat are Antonio Giovinazzi, Nyck de Vries and Alex Albon. 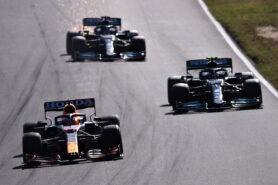 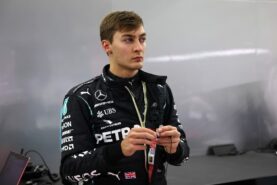 Mercedes team at last confirms Russell for next season