Jul.31 - Red Bull is expecting Alexander Albon to enjoy "an increase in performance" thanks to working with a more experienced race engineer from now on.

It has been announced that the struggling British-born Thai driver's existing engineer, Mike Lugg, has returned to Milton Keynes for a factory based role.

Back from the factory to replace him, meanwhile, is former Mark Webber and Daniel Ricciardo engineer Simon Rennie.

"Simon and I had a lot of mutual trust so I'm sure everything will be fine for Alex," Ricciardo said at Silverstone. "I had some really good years with him (Rennie)."

Albon admitted that Red Bull has made the switch because Rennie is more experienced.

"I didn't have any problems with Mike," he insisted. "It's just that the car is very difficult to drive and the team decided that in such a situation, someone with more experience is needed."

Some see Rennie joining Albon's crew as a final chance for the 24-year-old, especially as Sebastian Vettel is reportedly keen to rejoin the team.

"When I used to give a driver a new engineer, I wanted to help him but it was also a clear sign that 'this is your last chance'," said former F1 team owner Eddie Jordan.

But Dr Helmut Marko said Albon's 2020 struggle is also the fault of the team.

"His former engineer didn't do a bad job, but he was still new to the job. It's also down to us that Albon has not been able to tap into his full potential," he told f1-insider.com.

"His new race engineer has a lot of experience and will be able to help him. I am sure that there will be an increase in performance from the very first race at Silverstone." 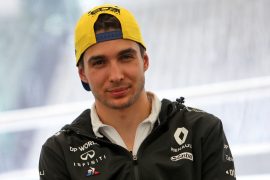 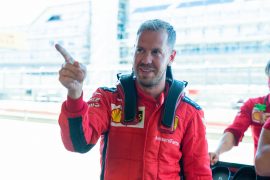