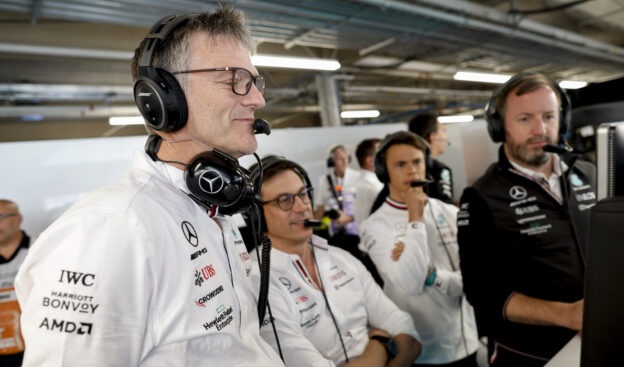 Jun.30 - Toto Wolff insists he won't be taking a back seat at the next round of team bosses meetings this weekend at Silverstone.

The Mercedes team principal took heat from many of his rivals after Canada for getting angry and 'theatrical' on the issue on porpoising in front of Netflix cameras.

"They were more like foam pellets from nerf guns," the Austrian laughed.

When asked if he is angry, or intimidated, Wolff insisted: "Not at all.

"I really enjoy the controversy."

And he says that amid Mercedes' current performance problems, he can't afford to be taking a back seat or thinking about who his future successor will be.

"At the moment I'm less on the balcony and a lot more on the dance floor," said Wolff.

"It's important to get the problems under control, then I can look at what the successor looks like."

On the issue of the FIA's controversial porpoising clampdown, Wolff said Hamilton's back issues from Baku are now over and he is expecting less of a problem at the British GP.

"We changed our concept because we can't drive as low as we developed for," he said.

"If we're going in the right direction now, and I believe we are, we'll no longer be eight tenths down but a lot less. At least that's my wish.

"It is important for us to get the bouncing under control, with or without the help of the FIA.

"Only fools are optimists, but Silverstone and Le Castellet suit our car better so let's see what the stopwatch says - because it never lies."

Wolff also denied that seven time world champion has lost motivation to push for the final tenths given that the 2022 title appears almost impossible to win.

"He has zeroed in on new goals," said the 50-year-old. "It is a great joy to see that he is happy and completely on top of things, as we can see from his reaction to certain recent statements."

When asked if he is talking about the Nelson Piquet racism scandal, Wolff replied: "And others too. Things like that are simply superfluous."

As for the 2022 championship, however, he admits that Red Bull's reigning world champion Max Verstappen is basically running away with his second title now.

"Max is in a league of his own with this car. You have to acknowledge that," said Wolff.

"It's not good for Formula 1 to have a world champion so early, so I would like to see a duel between Red Bull and Ferrari until the last race in Abu Dhabi.

"But it doesn't look like that at the moment because Ferrari is beating itself."

When asked whether Mercedes may improve sufficiently to join the fight, Wolff answered: "We'll be back, and we'll have a say a few more times this year.

"But it just doesn't happen from one day to the next. So we'll let them play for a bit and then we'll have the big comeback story.

"Reliability is definitely our highlight, but realistically, a lot has to go wrong at Red Bull to be able to catch up with them." 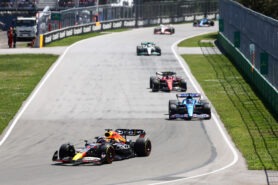 New rules not to blame for porpoising effect says Smedley 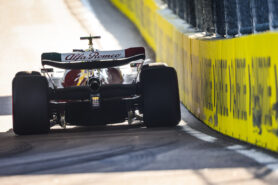