Discover all info about the 2022 Formula 1 season

The 2022 F1 season will be the 73rd official Formula 1 championship. Here you can ✔️check out everything there is to know about the season that will have completely different cars. 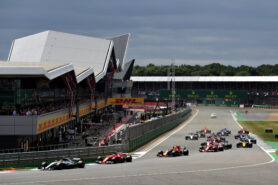 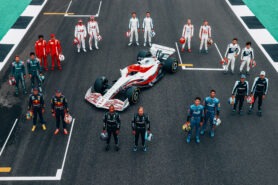 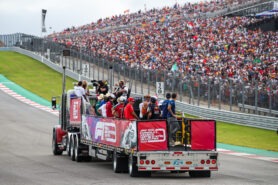 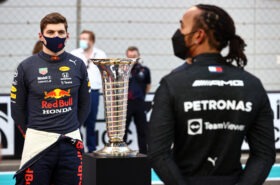 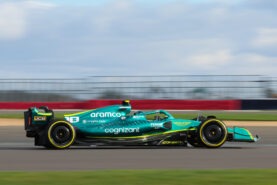 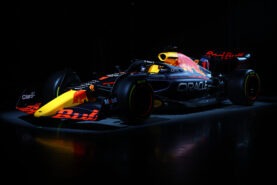 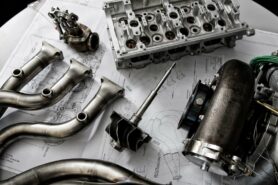 May 19 - Toto Wolff denies that George Russell has already taken over as Mercedes' number 1 driver. 24-year-old Russell, who replaced Valtteri Bottas at the end of last season,..

May 19 - The FIA's new president is stamping his authority over Toto Wolff and Lewis Hamilton, according to well-known Russian F1 commentator Alexey Popov. A British newspaper..

Esteban Ocon 2022 Beyond the Grid podcast

From frustration which drove him to tears in 2019, to an incredible F1 victory in 2021, Esteban Ocon has felt the extreme lows and highs of a racing driver’s life. After losing..

F1 teams are bringing big car updates to Barcelona. Will they transform the race result? Ferrari, Mercedes and Aston Martin are among those expected to bring new parts to the..

May 18 - Kimi Raikkonen's retirement only partly explains the big step forward made by Alfa Romeo in 2022. One factor may be the arrival, fresh from five years alongside Lewis..

May 18 - World champion Max Verstappen is "a little better" than his 2022 title rival Charles Leclerc. That is the view of former Formula 1 driver Shinji Nakano, who also thinks..

The Formula 1 season is in full swing, and we have already been through 5 of the 23 races. So far, it is Charles Leclerc driving for Ferrari that is in the lead, but there are..

May 16 - Axed and disgraced former F1 race director Michael Masi could make a comeback. While many applauded the Australian's forced departure after the controversy of the 2021..

No 'big step' yet from Schumacher this season says Steiner

May 16 - Mick Schumacher did not make "a big step" between his first season in Formula 1 last year and 2022. That is the admission of Gunther Steiner, the boss at Haas who..

May 13 - Mercedes' 2022 struggles are not so woeful that the German carmaker's CEO is considering pulling out of Formula 1. Toto Wolff says being in "no man's land" behind Red..

See all other F1 News Updates »