It’s been a difficult year for many Formula 1 drivers, but Alex Albon has had a harder time than most. The British-born Thai driver hasn’t lived up to expectations in the 2020 F1 season. Albon recently suffered another major setback when he briefly looked on course to win the Turkish Grand Prix before spinning out and finishing in an underwhelming seventh place.

As a result, many are predicting that this could be the last season that Albon will drive for Red Bull. While Max Verstappen has had yet another commanding year, it looks like the Red Bull team bosses are already casting around to see how could drive alongside the fiery Dutchman.

Plus it’s worth noting that many gambling sites like https://www.captaingambling.com/online-casino/888/ have already started putting down odds for who will be the next Red Bull driver. Unsurprisingly, it’s Sergio Perez who has catapulted the other contenders to come at the top of the list.

The Mexican driver stormed to a second-place finish at the Turkish Grand Prix, and it was a well-timed performance in front of the Red Bull bosses. Perez is widely believed to lose his place at Racing Point next season, as the team brings in Sebastian Vettel. As such, Perez will be a free agent and has gone public in saying that Red Bull is his only likely option.

Perez has over 10 years of experience in the sport, and it looks like the time could finally be right for the Mexican star to take things up to the next level. This is especially true as Perez enjoyed his best-ever Formula 1 season. While he had to miss two races due to Covid-19, he managed to get points from every race that he finished. Plus his Sakhir Grand  Sakhir Grand Prix victory victory was one of the defining points from a very weird F1 season.

Above all, Perez is believed to have over-performed in a fairly underwhelming Racing Point car, while Albon should have done better. All of which made Racing Point’s decision to let Perez go, while keeping Lance Stroll, all the more bizarre. Perez outscored Stroll by 50 points.

The Mexican driver has said that he would probably take a year out of the sport if he didn’t get chance to join a major team like Red Bull. At 30-years of age, Perez is probably at the peak of his career, and his measured driving approach could form a nice foil to the more explosive racing style of Verstappen. 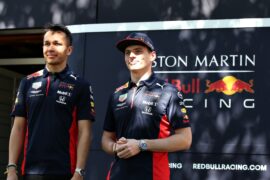 Despite this, there are still many who believe that Red Bull will select another driver. For a time, it looked like George Russell would be making a surprise step up to the Red Bull team. This was especially so after a strong performance at the Sakhir Grand Prix was only scuppered by a team pit-stop mistake and a puncture late in the race. But Red Bull bosses were quick to counter the rumour by pointing out that George Russell is a Williams-Mercedes driver and is managed by Toto Wolff.

Then there are those ever-present rumours that Nico Hulkenberg is still a candidate for being a Red Bull driver next year. The German star was lined up for the Red Bull job after a series of decent performances, but even he admitted that things have gone ‘very quiet’ regarding these rumours.

Plus Kevin Magnussen was briefly lined-up for the Red Bull role after learning that he’d be leaving Haas. But with the star saying that this option was ‘probably not the most likely,’ it strengthens the case for Perez even further.

Of course, this being Formula 1, there are plenty more bizarre rumours out there. For a brief time in October, there was all manner of gossip that Lewis Hamilton could be set to join Verstappen at Red Bull, but this was quickly laughed off by Red Bull boss Christian Horner.

But then there are plenty of people who believe that Red Bull are considering keeping Alex Albon for another season. Red Bull have always had a philosophy of giving young drivers a chance to shine which has already been seen in the phenomenal driving records of Verstappen and Daniel Ricciardo. Plus keeping Albon on would add much-needed stability to the team, and his strong performance at the Abu Dhabi Grand Prix finally showed what the young driver is capable of.

However, it’s still up for debate whether Albon’s history of crashes and sub-par performances this year will be enough for a team like Red Bull. It looks like an announcement will be made on who the next Red Bull driver will be before Christmas. At the moment, it looks like Perez is still the best bet for be driving alongside Max Verstappen next season.

One F1 fan comment on “Will Perez replace Albon at Red Bull?” 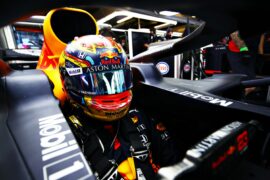 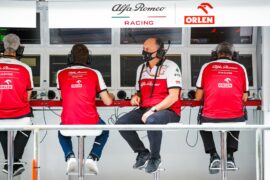 Vasseur not sure why Schumacher went to Haas