That is the view of 1997 world champion Jacques Villeneuve, who says Red Bull designer Newey typically makes cars that are "really difficult to drive".

Quadruple world champion Vettel is close to signing up with Aston Martin for 2021, but he is also believed to be holding out for a Red Bull reunion.

"You can see it clearly with the difference between Max Verstappen and Alexander Albon.

"Vettel has shown in the past that he can handle Newey's cars. That makes him the perfect teammate for Verstappen," said the Canadian.

"Then Red Bull will finally have two riders who can drive to the limit."

For now, Red Bull is defending Albon. "He was good in the race and overtook a lot," Dr Helmut Marko said after Hungary.

"This criticism of him is unfair."

Former Red Bull driver Robert Doornbos says the team's 2020 struggles show that the problem is more about the car than the driver.

"Before, they had a third party they could blame, like Renault," he told Ziggo Sport. "But I don't think there is much wrong with this Honda engine."

Pre-season, Red Bull said it had never been as well prepared as it was for the 2020 season.

Doornbos insisted: "Nothing could have been further from the truth. The car has no balance and the Honda engine is not the fastest but it is certainly not the worst.

"This will be a fairly dominant season for Lewis Hamilton and Mercedes. They have found a second while Red Bull has stood still." 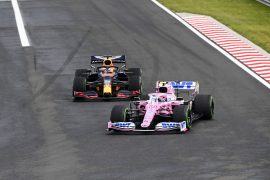 Todt: 'Copying' in F1 'around for decades'