Heading for a sure one-two, Lowe - who rarely talks to Lewis Hamilton and Nico Rosberg during races - told the pair ten laps from the end to "make sure we bring both cars home".

To many listeners, it was a clear team order.

"Ok," Rosberg responded, before launching a series of scintillating attacks on Hamilton.

Team director Toto Wolff, however, insists the drivers were free to race.

"The guys are racing," he is quoted by Welt newspaper, "but in the context of a philosophy."

The apparent philosophy is 'don't crash'.

"It made me happier than anything," he insisted. "It was one of the best races in a decade.

"That (radio message) was not to hold position, I just wanted to remind them to give each other space."

According to Spiegel, Wolff agreed: "They knew not to do anything stupid in the third race."

Rosberg also insisted that Lowe's radio call was not a team order.

"I was well aware that the whole world was thinking 'here we go, team orders', but it wasn't that at all.

"The message was clear anyway, not really necessary to give such a message because we drive very hard but in the end with the necessary respect but we're free to race all the way," said the German.

Another 'team order' issued in Bahrain was to world champion Sebastian Vettel, who was holding up the clearly faster sister Red Bull driven by team newcomer Daniel Ricciardo.

"Sebastian," Vettel's engineer told him, "can you let Ricciardo past, he is faster than you."

Vettel complied, leaving an Australian as the star of the champion team in the floodlit desert, and of the 2014 season so far.

"He has proved that he can compete with the best. We knew that he was good, but how good exactly was not entirely clear to us," he added. 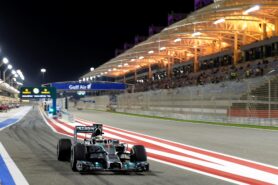 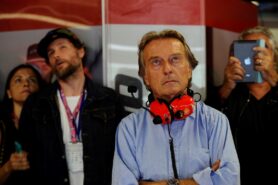