Jul.30 - Dr Helmut Marko is expecting Racing Point's 'pink Mercedes' to be highly competitive over the next two race weekends at Silverstone.

But the Red Bull official told Kronen Zeitung that he expects the black works Mercedes to be clearly out the front.

"Hats off to them," said Marko, referring to the reigning world champions.

"They even seem to have the weather under their control at the moment," he smiled, referring to the forecast for warm British weather.

As for Red Bull, he says the 2020 car is not yet a match for the leading pace.

"I'm afraid that nothing fundamental will change yet," Marko said.

"But we have a lot in our luggage for the aerodynamics. New parts should improve the problem that we have had recently.

And for the future, Marko admits he has his eye on whether the FIA will give the green light to Racing Point's 'pink Mercedes' approach to car design.

"I have no problem if that's allowed," said the Austrian. "Then we would do the same thing with AlphaTauri and save money as well.

"But to do it secretly bothers me. If it's allowed, you should be allowed to stand behind it 100 percent," Marko said of the practice of 'copying' another team's car design.

"Then we would have basically four Red Bulls, but for teams like Renault or McLaren who don't have a B team, that's problematic," he added.

Finally, when asked about Racing Point's potential at Silverstone this weekend, Marko answered: "It's a power track, so the pink Mercedes will be dangerous." 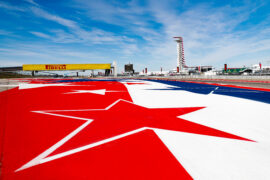 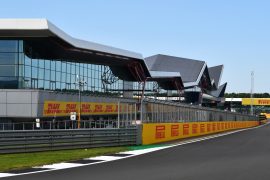