Jul.9 - F1's governing body is apparently unmoved by arguments its new clampdown on pit-to-driver radio communication should be relaxed.

World champion Lewis Hamilton struggled with an engine issue in Baku that could not be swiftly resolved because the team was forbidden to tell him how to fix it.

And in Austria, not only did Sergio Pérez suffer an exploded brake disk because he didn't know it was overheating, but the controversial clash between Hamilton and Nico Rosberg was triggered by the latter's overheated brakes.

It is believed the latest issues have resulted in talks between the teams and the FIA, with one argument being that the radio clampdown has now become a safety issue.

"There were discussions between the teams and the FIA and seeking either some more freedom on this or clarification and the FIA has been clear that they will not change their position," confirmed McLaren boss Eric Boullier. 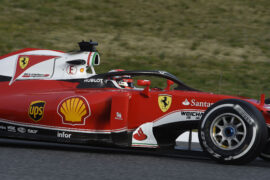 Report: Halo could be delayed until 2018