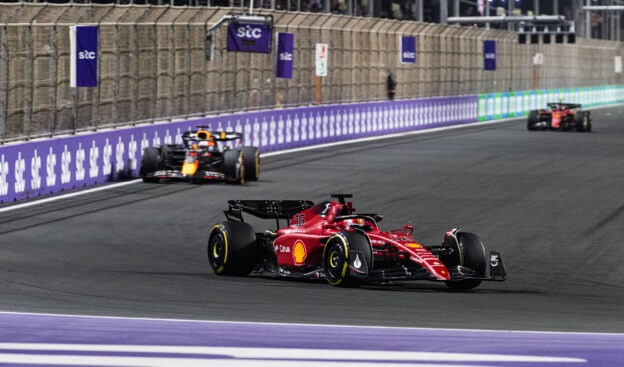 Apr.27 - The development race is on as Red Bull and Ferrari go head-to-head for the first world championship in Formula 1's new 'ground effect' rules era.

Ferrari's Charles Leclerc raced into an early lead thanks to a solid car out of the box, Red Bull's overweight contender, Max Verstappen's transition to the new aerodynamics, and obvious reliability problems.

Then, ahead of Imola - which was dominated by the reigning world champion - Red Bull brought a key development upgrade.

"In terms of numbers, we seemed a long way behind Ferrari," Dr Helmut Marko told Sport1. "But we always knew we had the speed and could catch up.

"Everything worked at Imola and Ferrari makes mistakes under pressure."

Corriere della Sera newspaper reports that Ferrari will now introduce a new rear wing in Miami, with the Italian-made car suffering from tyre graining at Imola.

"Leclerc doesn't have the title yet," Marko insisted. "It's very tight.

"If we continue to make Ferrari go to the limit, things won't always run smoothly for them."

As for Verstappen's early struggles with the handling of the 2022 car, Marko said after Imola: "I don't want to say that he was not there before, but he is back.

"And with our upgrades, if the balance is right, the tyres don't grain. Then Max can get everything out of the car.

"But we still have room for improvement."

"There are still many races ahead, but I don't think Ferrari will be able to match our rate of development of the car. They also feel the pressure from our side and make mistakes.

"But it's a sporting and friendly struggle between us and Ferrari. And this time I hope the title will not be decided in the last race."

Ferrari, of course, hopes to fight back in Miami and re-establish its earlier dominance, with boss Mattia Binotto insisting that "morale must be kept high".

"They (Red Bull) were faster than us, but the differences were subtle, not huge."

Corriere della Sera said the new rear wing is not just about tyre graining and catching up with Red Bull's straightline advantage, but also to address the famous-in-2022 'porpoising'.

"That's where we lose something in performance," Binotto said. "We have to keep working on it."

He confirmed there would be minor upgrades in Miami, but it will be Barcelona when "we will see a more substantial package" of new parts. 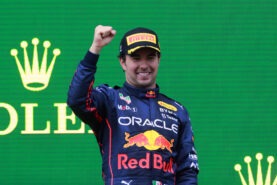 Would it be 'Madness' to consider ousting Perez? 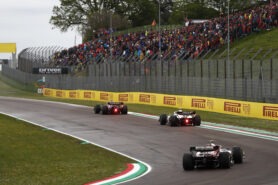