Team boss Toto Wolff on Friday denied that Bahrain this weekend is a "shootout" contest between rising youngster Russell - who is substituting for the ill Lewis Hamilton - and Bottas.

"There is no shootout," he insisted. "We have total trust in Valtteri and loyalty as we've always had - and that is our position."

However, Russell got his golden chance off to the best possible start by going fastest in both Friday practice sessions.

The regular Williams driver played it down.

"Just because I was fastest today doesn't mean I will be fastest tomorrow," said Russell.

"Verstappen was incredibly quick in racing trim, Valtteri was also quicker in FP2 but his lap was deleted. I'm probably a good one and a half tenths behind him.

"But I'm getting better," he added.

So much so, according to Red Bull's Verstappen, that the Dutchman thinks Russell can win on Sunday

"Can he win immediately? Oh, sure," he said.

"Bottas is no pancake, of course. If Lewis is not here, automatically a bit of pressure to beat him goes away so maybe he will drive even better now.

"But George will naturally want to show himself here. He won't say it like that, but it's a good opportunity for him to show what he is worth compared to Bottas," Verstappen added.

"It benchmarks him (Russell) against Valtteri," he said. "I'm sure Toto's looking to use it to perhaps negotiate Lewis's contract in some way, shape or form.

"It will be fascinating to see how it plays out but it's great to see another youngster getting that chance and opportunity."

Wolff admitted that the situation has delayed the Hamilton talks even longer until the seven time world champion is "back on his feet".

But he also denied that he will seize the opportunity to drive down the value of Hamilton's 2021 deal.

"Such a situation would never be utilised as some kind of bargaining power, neither by him, nor by us - it could go in both directions," Wolff insisted.

"I respect very much who he is, how he drives, his records, and whatever happens this week or next has no influence on our talks." 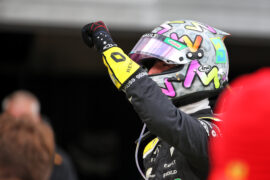 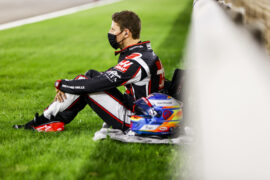