The McLaren driver has been impressive in his rookie season in Formula 1, securing a new deal for 2020.

"Lando is extremely fast and he quickly come up to the pace that he needs in Formula 1," new McLaren team boss Andreas Seidl is quoted by Auto Bild.

Norris, just 19, had considerable success in his formative racing career, including the European F3 title in 2017 and Formula 2 runner-up last year.

But in some observers' minds, the 'pay driver' label has stuck.

Indeed, Norris' father is Adam Norris, who retired at the age of 36 after selling his pensions advice company and amassing a fortune of about $250 million.

Some recall that, even when in F3, Norris had the support of private physios and chefs.

Lando Norris said: "I don't really like to talk about it, but compared to Lance Stroll, my father is not nearly as wealthy."

Racing Point driver Stroll's father and team owner Lawrence Stroll is a billionaire, with a net fortune of about $2.6 billion according to Forbes.

Norris said he is determined to make the most of his opportunity in Formula 1, having ruled out parties and alcohol.

"I do not want to end up blaming myself for failing," he said. 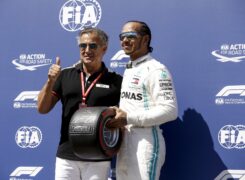 Berger not sure Hamilton is best ever driver 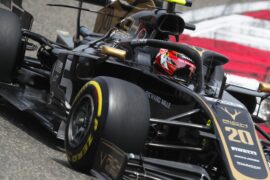