Oct.21 - Sebastian Vettel will have insisted upon equal treatment by Aston Martin before signing with his 2021 team.

"When you hear that all the updates already go to Stroll junior and only when there are three copies does Perez get them, I hope that they treat him (Vettel) fairly," Marko, a top Red Bull official, told Sky Deutschland.

"If your teammate is also the team owner's son, you have to be extremely careful," he said. "It is very likely that the son will be favoured by the owner.

"Perez has already complained that he only gets an update once the spare parts are ready for Lance," Heidfeld added.

"But I'm sure that Sebastian has taken precautions and has a clause in his contract guaranteeing that he is at least equal. Anything else would surprise me or even be crazy. Sebastian won't be that naive," he said.

Meanwhile, Heidfeld thinks another of his German countrymen - Nico Hulkenberg - would be "exactly the right man for the job" should Alex Albon be ousted by Red Bull.

"Red Bull is not looking for someone who can beat Verstappen," he said. "Perez or Hulkenberg would be the clear number 2 and expected to perform consistently.

"Personally, I have 100 percent confidence in Nico," Heidfeld added. "Naturally I would be happy if he could stand up to Max, but I don't think there are many on the planet right now who could hold a candle to him.

"But Nico could meet the expectations 100 percent. With some other teams he would be number 1, but with Red Bull he is the perfect number 2." 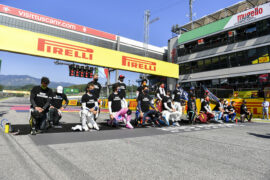 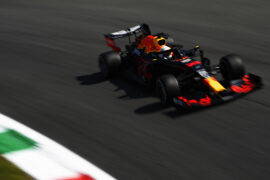