Oct.9 - Lewis Hamilton has come out in opposition to the new Brazilian Grand Prix project in Rio de Janeiro.

It emerged this week that F1 chief executive Chase Carey had written to the city's governor "to update you that we have now finalised the agreements for a race" on a new circuit in Rio's Deodoro neighbourhood.

In the letter, Carey referred to the only obstacles as being Brazilian environmental authorities INEA and CECA, amid concerns about the potential impact of the circuit's construction on the nearby Comboata forest ecosystem.

"I love Brazil and have one of my biggest fan bases there," six-time world champion Hamilton said at the Nurburgring.

"I was hoping that this question would not come up, because I personally believe that the world does not need another circuit.

"I love Interlagos and have also been to Rio, and it's a beautiful place," the Mercedes driver added.

"I don't know the details and I've heard that a sustainable race could be possible there, but the most sustainable thing would be not to cut down trees. Especially when we are fighting a pandemic and there is still a global crisis around the world." 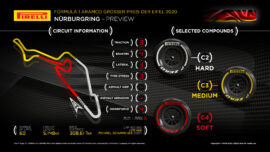 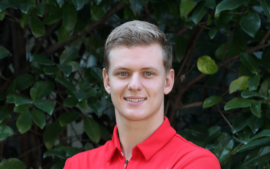