Hamilton not fully fit yet after being ill from covid-19

Dec.13 - Lewis Hamilton says he is still feeling the effects of his recent covid-19 infection.

The seven time world champion missed the last Sakhir GP with the illness but said after testing negative he was determined to drive even if "one of my arms was hanging off".

"That's what we do as racing drivers," Hamilton said after qualifying not only behind his teammate Valtteri Bottas, but also pole sitter Max Verstappen.

"It definitely won't be the easiest of races physically but I will manage and give it absolutely everything I've got."

The 35-year-old Mercedes driver said he was reluctant to go into "too much detail" about how he is feeling.

"I really feel for those who are and have suffered from it, those who have lost ones from it and I can understand how because it's a nasty virus," Hamilton said.

"I'm not 100 percent. I still have some feeling within my lungs. The last two days were the toughest I have had in the car this year," he told RTL in Abu Dhabi.

"I think it's overall energy. One of the symptoms is that it really drains you so I've been trying to sleep as much as I can but recharging is not as easy as it normally has been in the past.

"I lost a good amount of weight, just in that week so as I said, not 100 percent the same as I was the last time I raced but it's by no means going to get in the way of me going out and giving it my all," added Hamilton. 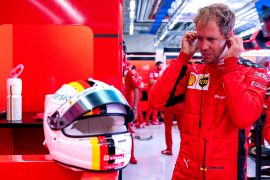 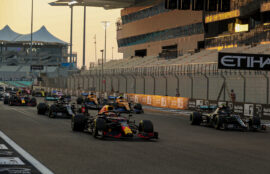 Final race of the season one of the most boring ever?