Dec.13 - Sebastian Vettel says he is "relieved" that he has reached the end of his final season at Ferrari.

The quadruple world champion, told before the covid-affected season began that he would not be retained for 2021, has notably struggled alongside Charles Leclerc this year.

The German said Sunday's Abu Dhabi finale will be "a bit emotional, especially with the mechanics".

"As far as the race result is concerned, it won't be a highlight," said Vettel, who qualified ninth. He was a consistent 7-8 tenths behind Leclerc throughout qualifying.

"When I tried to drive faster, it didn't work," he said. "The result is pretty bad but I'm happy with myself. It's not very nice to start so far back but it has happened so many times this year.

"It's a mystery why the delta between the two cars is so big," Vettel told Ziggo Sport. "I don't think there's such a big gap anywhere else in the pitlane.

"The whole season was so bad and I'm really happy that it is over now," Vettel continued. "The year doesn't properly reflect the time I have had with this team.

"The last race will be a bit emotional but I'm both happy and relieved that it's over." 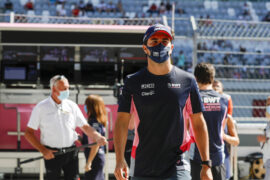 Marko admits that Perez is on Red Bull's radar 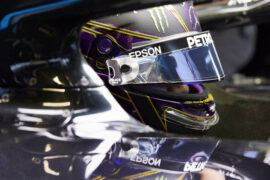 Hamilton not fully fit yet after being ill from covid-19