Aug.18 - Valtteri Bottas is not happy with Mercedes' new black overalls for 2020.

Actually, the reigning champions intended to race in silver as per usual this year - until Lewis Hamilton began to push for action with regards to the Black Lives Matter protests against the death of George Floyd.

Finn Bottas said the result last Sunday in hot Barcelona was that he lost 3kg during the race.

"Obviously we had to change the colour of the overalls," he said.

"I don't know a number or any facts, how much black versus white is in terms of temperature difference, but this year it's been really hot in the car.

"For sure, white would be cooler in terms of temperature. I lost three kilos in the race, which is quite a lot, and that's where it can start to affect performance."

Meanwhile, Dutch F1 GP boss Jan Lammers says Bottas was too cautious at the start of the race in Spain.

"It strikes me that, of the three cars, Bottas was the one on the brakes first," he told NOS.

"Compared to Hamilton, he is almost as good, but at times like that he is too reserved."

Lammers also criticised Bottas for not being vocal enough on the radio - also unlike 2020 title contenders Hamilton and Max Verstappen.

"We never hear Bottas do that, but if you get the most out of yourself, you want the people around you to do the same," he said. 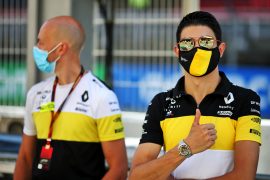 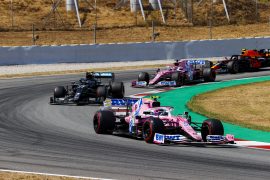