»  F1 News  »  Australian GP is scheduled on leaked F1 calendar for next year?
PREV |
NEXT

Australian GP is scheduled on leaked F1 calendar for next year?

Sep.20 - Formula 1 fans in Australia will be buoyed by emerging news about the future of the grand prix in Melbourne.

Currently, Australia - and major cities Melbourne and Sydney in particular - are in the grip of an intense version of the covid-19 pandemic, with even peaceful lockdown protests outlawed by authorities and police.

After the last-minute 2020 cancellation, F1 was again unable to race at Albert Park this year - but Melbourne has a pencilled-in place on the leaked provisional calendar for 2022.

Italy's La Gazzetta dello Sport published a version of the provisional calendar showing that while Bahrain will have Melbourne's traditional season-opening slot, Melbourne could then host round three after Saudi Arabia in April.

"Although it will only be presented in October, the first draft of the 23-race 2022 F1 calendar - the longest ever in the history of the sport - has already been leaked," confirmed correspondent Lorenzo Pastuglia.

"There will be four 'double' and three 'triple' sets of consecutive races."

The extra race is Miami, with Shanghai and China also set to return for 2022.

It is reportedly undecided whether F1 will head to Paul Ricard in France or Imola in Italy in mid-July. The same is true of the October 2 race date, which is said to be a toss-up between Singapore or Turkey.

"We lost the big sponsors," said the Alpine team executive. "When I was racing, we had both alcohol and tobacco sponsors so we lost a lot of money with that.

"Increasing the number of races is of course not stupid at all, but there is always a limit," Prost added.

3 F1 Fan comments on “Australian GP is scheduled on leaked F1 calendar for next year?” 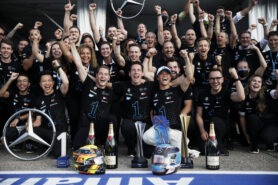 De Vries says he is not desperate for F1 career 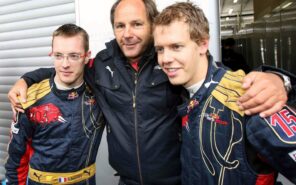 Berger thinks Vettel should be full time bee-keeper after F1