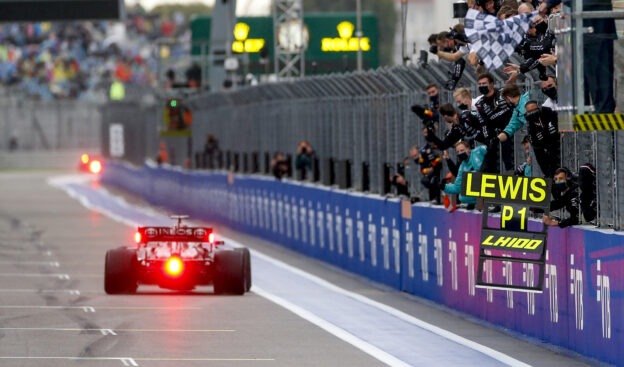 "After yesterday's wet conditions, the rain held off until the final few laps – and it decided the race. Up until then, the drivers had made the most of dry conditions with maximum tyre freedom, as they could choose their starting tyres and they all had a full unused allocation of slicks.

The 'reset' track following the rain led to a bit of sliding and graining at the start of the race, but this was soon overcome. The hard tyre's resistance to abrasion proved very well suited to the conditions, with some very long stints of more than 35 laps, while the medium also did 28 laps in the hands of Lando Norris. Ultimately though, it was the intermediate tyre that made the difference, with the teams able to use their experience from a wet qualifying to extract the maximum performance from it when it mattered at the end." 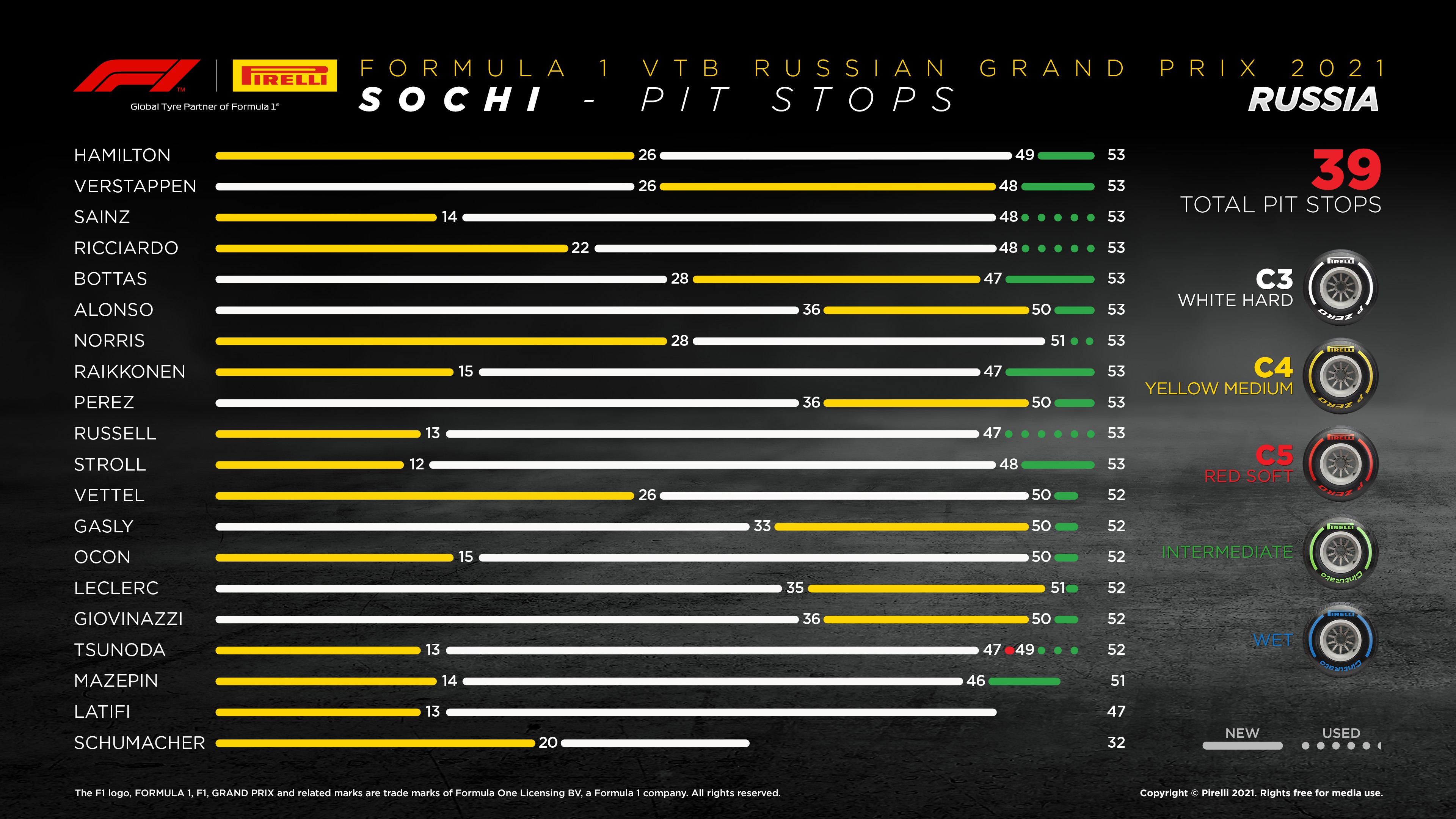 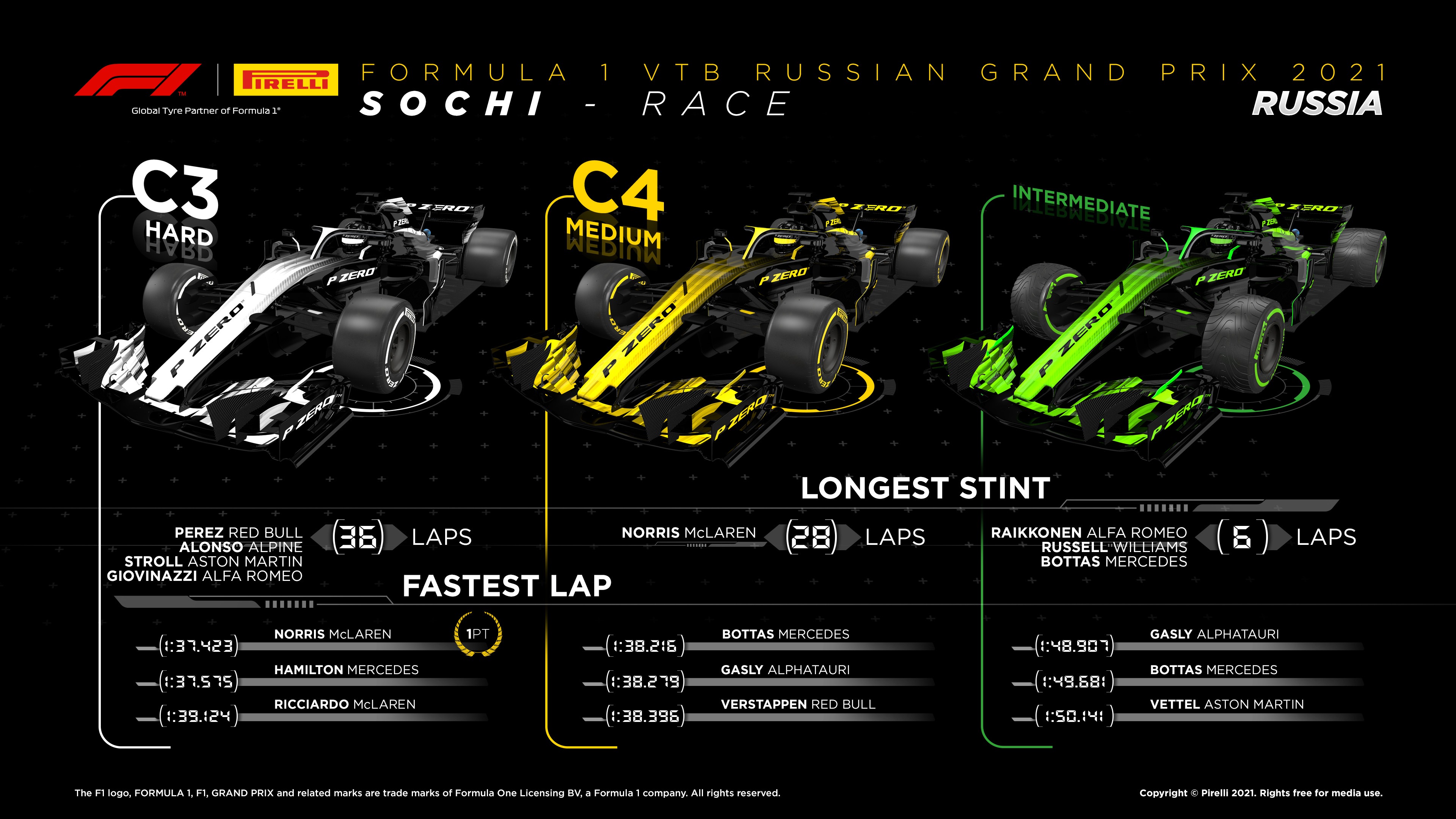 How each tyre performed during the race

HARD C3: Used for the opening stint by most of the drivers starting from close to the back of the grid, as well as Alpine's Fernando Alonso who started from P6 and finished in the same position. Red Bull's Max Verstappen came from the back to second during his opening stint on this compound. This tyre allowed Sergio Perez, Antonio Giovinazzi and Alonso to complete 36 laps in the opening stint. This tyre showed a very good warm-up and solid consistency throughout the race.

MEDIUM C4: The most popular starting tyre, with the top five on the grid beginning on this compound. The medium showed good durability, although with graining from some cars on the front-left. Nonetheless, Norris completed 28 laps on the medium before switching to the hard for his final stint.

SOFT C5: Not ideally suited to the conditions today, with the cool and 'green' track leading to some graining. The only driver to use it today was AlphaTauri's Yuki Tsunoda, who ran it for two laps at the end before switching to intermediate.

INTERMEDIATE: A key element to the race outcome, with the drivers who moved onto this tyre promptly as rain fell, such as Hamilton, being handed a crucial advantage in the final laps. 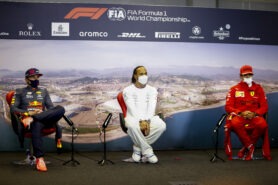 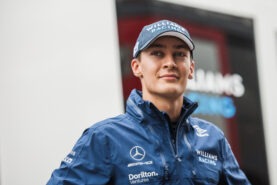