Jan.11 - Kimi Raikkonen says the covid era has changed little for him in Formula 1.

Told that he must be happy that fewer journalists are now in the F1 paddock due to restrictions, the 41-year-old said: "I didn't know that.

"The amount of work hasn't changed for me. I used to talk to the media in person, now I talk to them through the computer.

"I just sit for 30 minutes and answer the questions, so nothing has changed in that sense," he told as-web.jp correspondent Heikki Kulta.

The popular Finn also said other aspects of the race weekend haven't changed for him.

"There's been a lot of talk about weekends changing so much, but I didn't feel that way at all," said the Alfa Romeo driver. "I always went from the hotel to the circuit and back to the hotel.

"For those who like to go out and eat, the restrictions may have been strict but I was always doing exactly the same thing."

When Raikkonen's new contract for 2021 was announced, some expressed surprise that the 2007 world champion wanted to keep racing near the rear of the field.

"I don't know much about that (surprise), because I didn't care how the news was received," he insisted. "For me, it's ok for each person to think as they want."

As for the contract talks that led up to the news, Raikkonen revealed: "I didn't see a big reason to change the direction. There wasn't a big drama behind the deal."

Finally, Raikkonen's ongoing career means he will continue to extend his record as the longest-serving F1 driver in history.

"That's just numbers," he insisted, adding that he hasn't thought about whether he will race into yet another season in 2022.

"I haven't decided anything. Let's see what happens," said Raikkonen. 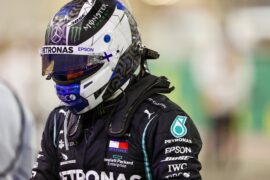 Wolff insists there is no reason to question performance of Bottas 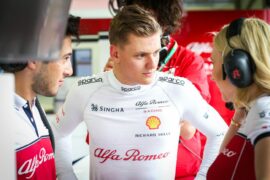