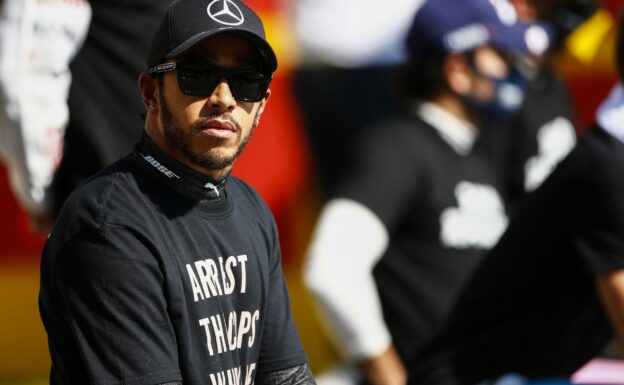 Sep.16 - The FIA has backed away from issuing a potential penalty to Lewis Hamilton over his wearing of a politically-themed t-shirt on the Mugello podium.

Earlier, a spokesman for F1's governing body admitted that "active consideration" was being given to determining whether the six-time world champion breached the sport's anti-political rules.

It is believed, however, that it has at least been made clear to the teams that political messaging in official forums like the podium and FIA press conferences is inappropriate.

Those concerns appear to be justified, with 1996 world champion Damon Hill admitting there had been "such a mixed reaction" to Hamilton's highlighting of a police shooting in America.

"But F1 has always had its head in the sand over any issue that might make people think about anything other than F1," Hill added.

"It has to make space for these messages if it is to be embraced by the wider world."

Indeed, Mercedes is backing its 35-year-old star driver completely, with Toto Wolff declaring in Mugello that the team is "leaving it to Lewis about what kind of t-shirts he wants to wear and what he does to support that" initiative.

Hamilton, meanwhile, insists that he will not stop his activism.

"I want you to know that I won't stop, I won't let up, I won't give up on using this platform to shed light on what I believe is right," he said on Tuesday amid news of the FIA investigation.

"This is a journey for all of us to come together and challenge the world on every level of injustice, not only racial." 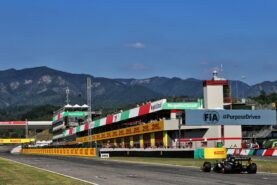 F1 unlikely to return to Mugello 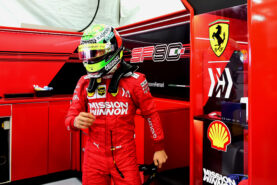