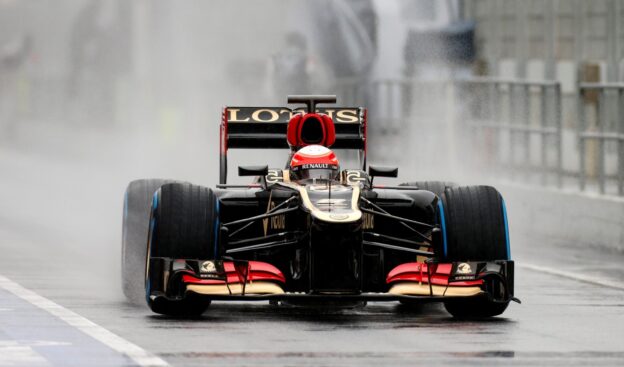 All The Formula 1 teams encountered wet weather for the first time this year on the final day of the first four-day winter test at Catalunya circuit in Barcelona. This last weeks testing session was the second of three official pre-season tests. The first three days of last week testing were dry. In this dry weather all teams where able to run through the complete range of Pirelli dry weather tyres. However, some unusually cold conditions restricted the amount of meaningful data that could be accumulated from the F1 tests. The final pre-season winter testing sesssion will also take place on Catalunya circuit n Barcelona next week, from February 28th to March 3rd.

“The teams experienced quite high degradation in Barcelona, and that was really down to the weather conditions. The conditions we had in Barcelona are far from typical of the rest of the season, with much cooler ambient and track temperatures than we would normally race in, and even some rain on the final day. This put the tyres outside of their usual working ranges, which led to problems such as graining. The conditions were particularly unsuited to the supersoft tyre, due to the circuit layout and the roughness of the surface in addition to the cold temperatures. Coupled with the fact that teams are still making big set-up adjustments to their new cars and trying out our complete range of our tyres to optimise the package, we saw levels of degradation that are not typical. Once we get to Melbourne the tyres should be much more within their intended working range, which will eliminate the unusual amount of degradation that some teams have experienced.”

Danica Patrick: I am not really interested in F1