Jun.15 - Christian Horner is not "very friendly", according to a former Formula 1 driver from the Red Bull camp.

At the end of 2011, the then 21-year-old Jaime Alguersuari lost his Toro Rosso seat and walked away from Formula 1 - and eventually motor racing altogether.

The Spaniard established a career in electronic music but now, at the age of 31, is returning to the tracks in the European and world karting championships.

"I was living with too much stress, resentment and hatred of Red Bull and the Formula 1 system in general. I needed a change in my life."

"I tried to explain things calmly but if a person is like a wall, the sound just comes back at you."

However, Alguersuari said he actually had a good relationship with Marko, and is "grateful" both to him and Red Bull for the opportunity to race in Formula 1.

As for Red Bull's other bigwigs Christian Horner and Adrian Newey, the Spaniard has little positive to say.

"With him, there wasn't one," said Alguersuari when asked what his relationship with Horner was like.

"The same with Adrian Newey. But even on the track, Christian was not a very friendly type."

"I would like to go back to the past, when the cars had little grip, less downforce and aspirated engines. A bit like 2003-2004.

"But I also understand that times have evolved." 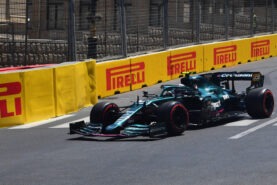 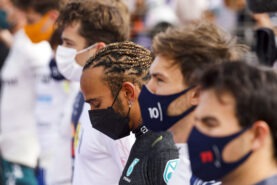 Bergers says Hamilton had no competition in last few years