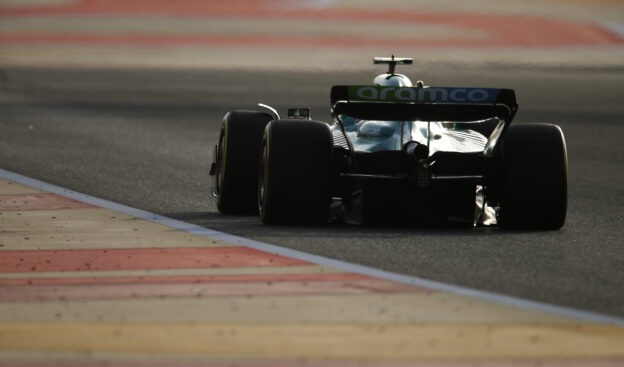 It’s time for the fastest Grand Prix on the calendar. Drivers are flat-out along mighty straights, through winding bends and blink-and-you’ll-miss-them corners at average speeds well over 150 km/h. The arrival of ground-effect cars will only make the spectacle even more dramatic…

Lance…
“Racing in Saudi Arabia last year was a step into the unknown, but now it’s the exciting challenge of taking what we learned from the first race and applying it to this season's race. The Jeddah circuit is the longest and fastest street track on the calendar, so that task is even greater. Last year, the multiple race disruptions were a constant factor, so we’ll need to be on our toes to capitalise on any opportunities.”

Nico…
“After familiarising myself with the AMR22 in Bahrain last weekend, racing in Saudi Arabia will give me the opportunity to develop and further improve my understanding of the car. In addition, the work I did back in the simulator earlier this week has given me some extra insight and helped me prepare for this fast and flowing track. Obviously, I wish Sebastian a speedy recovery, but I am really looking forward to the challenge and will be doing my best for the whole team this weekend.”

Insight and Speed with Cognizant
Newer Grands Prix are the events that our data scientists and strategy engineers love to get their teeth into, working with limited information and searching for an edge over the competition. We’ve crunched the numbers to predict the factors that could decide the race, presented in partnership with Title Partner Cognizant.

Corner changes: Racing in Saudi Arabia last year provided teams with some relevant data, but there’s a curveball: no fewer than eight of the 27 corners have been re-profiled, most notably at Turn 27 where track width has been widened. As a key point of the lap, expect drivers to be finding the limits here in practice.

Race disruptions: They’re likely – it’s not just corner changes that could catch drivers and teams out. The 2021 edition featured two red flags and four VSCs, meaning there are still plenty of unknowns in Jeddah. Throw in new cars and tyres, and there’s a huge task ahead.

Overtaking: It’s not easy. It’s just 450 m from pole to Turn One, which is shorter than Bahrain, but the blast from Turn 27 to Turn One was the only overtaking spot in 2021 – and 75% of the overtakes used DRS. This race is all about track position and finding the fastest possible race without losing places.

Unlocking the Lap With SentinelOne

While Saudi Arabia boasts the most corners on the calendar in 27, the majority are taken flat and barely register behind the wheel, but don’t for a moment think that makes this circuit a breeze… With the help of SentinelOne, we’re unlocking the twists and turns that define a lap of the Jeddah Corniche Circuit.

The Turn 13 12-degree banked hairpin can catch drivers out. The high-speed entry makes it easy for drivers to lose the rear as they balance braking and turn-in at the same time. It’s crucial to keep the speed all the way through the long hairpin in fourth gear, so lining up centimetres from the wall on exit sets up a charge through another high-speed section.

There’s another pivotal hairpin at the end of the lap – encompassing Turns 25-27, such is its length and challenge. Beginning with a long and open left bend, continuing into the minor left of a near-nonexistent Turn 26, it culminates with one of the few heavy braking points of the lap.

It’s a deceiving bend as the corner is open and taken in third gear, which keeps drivers on their toes with the opportunity of overtaking with DRS at Turn 27. Braking at around the 70-metre mark and hugging the inside wall tightly is crucial to help line up an overtake as drivers blast down to Turn One. 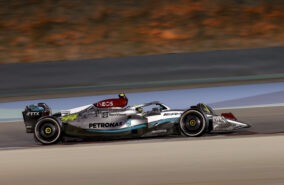 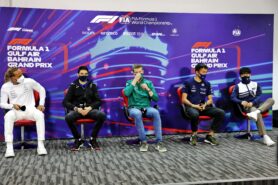