There are at least 10 amazing F1 facts that a lot of people will think about when they are trying to enjoy this sport. There's a lot that goes into most sports, even though people will usually not see all of that reflected in the finished product. 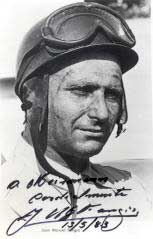 Some people might be interested in F1 history. This is sport that goes back to the 1920's and the 1930's, specifically with the European Grand Prix Motor Racing sport of old. Many people will be interested in the success of Fangio, who has managed to secure five World Championship titles. The fact that this was a record that lasted for a shocking forty-five years should be impressive to most people as well, even if they are not all that familiar with the F1 games.

Fangio's record actually was not broken until the year 2003. Given the age of the sport, this means that Fangio was the most impressive F1 driver for most of the sport's existence. German driver Michael Schumacher was the person who changed all of this in 2003, but it remains to be seen whether or not the success of Michael Schumacher will have the same longevity.

F1 equipment is also hugely expensive. An F1 car will cost an astonishing 6.8 million dollars. These cars are incredibly intricate, even though they are not going to look that way from the outside as much. It's shocking that these cars have 80,000 components each, and that a shocking amount of research and development money goes into creating them. It's expensive to keep many sports going, and this is certainly true for the F1 sport.

Still, the stress that this sport places on the players might be even more impressive. The process of cornering and braking can cause the F1 drivers to withstand 5G of force. While many people might not think of this as being an endurance sport, especially compared with something like running, it seems that endurance is a huge part of being an F1 driver.

The drivers will also lose about nine pounds after only a single F1 race. This can seem shocking, but it does take a lot of water to be able to do what the F1 drivers do on a regular basis. The weight loss that happens with the tires will not be as severe, but it does translate to a lot of wear and tear on the tires of the F1 vehicles. As tough as these vehicles are, they do take a huge beating in these races.

The vehicles do not last as long as people would expect, given the amount of money that goes into them in the first place. However, it seems that a lot of the drivers enjoy long careers, in spite of the stress involved. 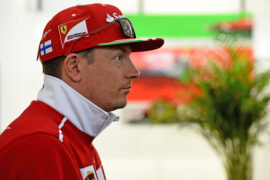 Raikkonen 'not worried' about Kubica return 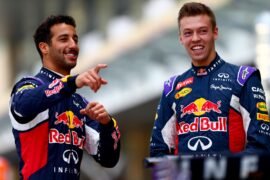 Ricciardo: Year off could be good for Kvyat