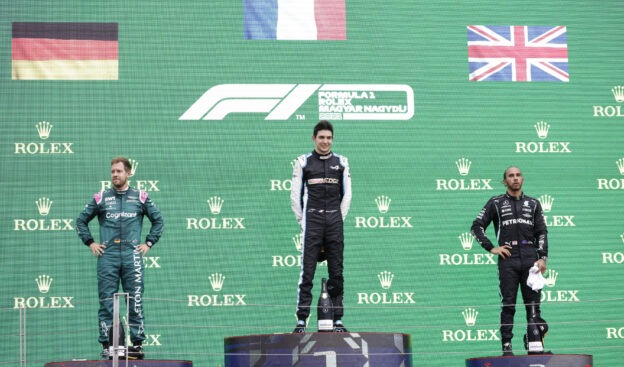 F1 is unsurpassed in the sporting world in terms of sheer speed and adrenaline. However, one criticism which is occasionally levelled at the top level of motorsport is that it has all become rather predictable, with the vast majority of events falling to an increasingly small band of drivers.

Whilst that hardly detracts from the entertainment on offer for aficionados, there are others you yearn for just a little more unpredictability. Taking a look at the 2022 campaign, only a Mercedes win in Sao Paolo – in the penultimate GP of the season – avoided a clean sweep for Ferrari and Red Bull, whilst the 22 GPs were split between only five drivers. For fans looking to back a winner at a big price via sites such as newbettingoffers.co.uk, F1 has rarely proved a happy hunting ground.

The flip side to all of the above, however, is that when an upset does occur, it is all the more shocking for its scarcity. So surprising, that many fans may need to double-check the f1 news

headlines to confirm that the result did in fact occur.

Here we take a look at four of the most surprising outcomes in the modern era. Proof that even in this favourite favouring of sport, the outsiders can prevail when the circumstances are right. 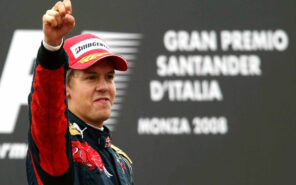 A huge name now, but a mere fledgling 21-year-old looking to make his name back in 2008. Driving for Toro Rosso, Vettel had shown glimpses of promise in picking up six points from eight outings in his debut campaign in 2007.

2008 however began somewhat inauspiciously, to the extent that five races into the season, Vettel was the only driver yet to complete a race. Better was to follow with top-eight finishes at the Monaco, Canadian, German, and European Grand Prix, but nothing to suggest he was ready to win a race…or was he?

The betting market certainly didn’t appear to think so, with Vettel being backed at odds of over 200/1 ahead of the Italian GP. Even after becoming the youngest-ever driver to secure a pole, he was still available at 10/1. By the end of the race, Vettel had made a believer of most, posting a dominant display in the rain to come home 12.5s clear of his nearest pursuer. That performance was of course as impressive as it looked, with Vettel going on to win four driver’s championships between 2010 and 2013.

The 2021 season may be best remembered for the epic battle between Lewis Hamilton and Max Verstappen, who won 18 of the 22 Grands Prix between them. However, that still leaves four they didn’t win. Included amongst that quartet is one of the biggest upset results in the history of the sport, and it came in Hungary.

Heading into the 2021 campaign, the record of Frenchman Esteban Ocon stood at 57 Grands Prix, zero wins, and just the one podium finish. Starting in eighth position on the grid for the unheralded Alpine outfit, it wasn’t too much of a surprise to see him handed odds of 600/1 for the win.

If you are going to cause a huge shock from P8, a little carnage in front of you always helps, and Ocon got just that at the very first bend – a pile-up seeing the race red-flagged and forcing the retirements of Sergio Pérez, Lando Norris, Charles LeClerc and Valtteri Bottas. Max Verstappen continued but had received sufficient damage to effectively end his chances. Handed the lead when polesitter Hamilton pitted on lap 4, Ocon never looked back, recording his first and, so far only, GP win.

Next up, Venezuela’s finest hour in the sport, courtesy of one Pastor Maldonado. Driving for Williams in 2012, Maldonado was perhaps most renowned for his consistent failure to finish his races. The prospect of actually winning one was surely remote. Remote, but not impossible.

Impressively grabbing second spot on the grid, Maldonado, received an immediate boost when handed pole as Hamilton was sent to the back of the grid for a breach of refuelling regulations. Quickly overhauled by Fernando Alonso, Maldonado found himself back in front of the Ferrari when gaining a pitstop edge, but still had the task of getting past Kimi Räikkönen. Sensing his opportunity, Maldonado hit the front under an expertly timed DRS manoeuvre and grabbed the win at odds of 100/1. He would never make the podium again. 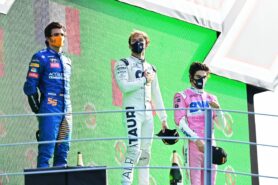 We return to Italy for the final entry. Now rebranded from Torro Rosso to Alpha Tauri, it is once again the smaller of the two Red Bull-owned teams who were behind the stunning result. Purely in terms of the betting odds available, the 900/1 success of Pierre Gasly in Monza, was the biggest surprise of them all, and there was really no logical way to see it coming.

Heading into the race with no wins and just one podium from 54 Grands Prix, Gasly hardly looked a winner waiting to happen,  particularly starting from P10 on the grid, with all of the big guns in front of him.

The F1 gods were however on Gasly’s side. A combination of mechanical issues for Valtteri Bottas, Sebastian Vettel’s brakes going up in flames, a stop-and-go penalty for Lewis Hamilton, a glaring error from Lance Stroll, and a supremely well-timed pit stop, seeing Gasly cross the line in first, - a mere 0.415 seconds ahead of the closing Carlos Sainz Jr. 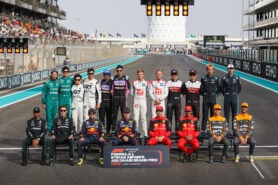 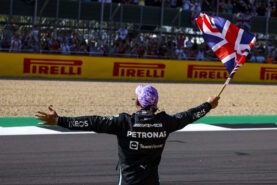 Most Successful Nations in F1 History