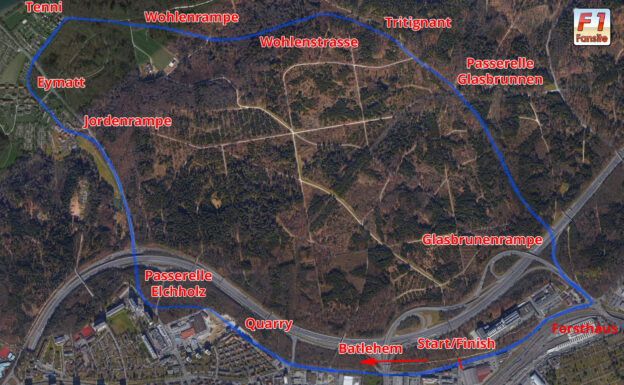 Note : with Monaco not being held in 1951 it was not until the end of May the first two events took place, the Swiss Grand Prix taking place on Sunday May 27 and the Indianapolis 500 on Wednesday May 30. Once again there was no overlap of drivers. The European season has seen Gigi Villoresi unchallenged at Syracuse and Pau and his Ferrari teammate Alberto Ascari victorious at San Remo. The Alfa Romeo team did not appear until the International Trophy on May 5 and the new 159s won the heats at Silverstone. The final was run in torrential rain and Reg Parnell won in the Thinwall Special although the event was stopped after only six laps. There was no beating the Alfas at Bremgarten although Villoresi qualified his Ferrari on the front row alongside Fangio and Farina.

Behind them on the 3-2-3 grid were Sanesi and Emanuel de Graffenreid (both in Alfas). It was raining for the race and Juan-Manuel Fangio took off into the lead, chased by Farina. Piero Taruffi, driving for Ferrari, came through the field to run third and challenged for the lead. Fangio pitted but Farina had decided to go through without a stop but Juan-Manuel Fangio was quicker and retook the lead to win by nearly a minute from Taruffi, who eventually got the better of Farina. Sanesi and de Graffenried finished fourth and fifth with Ascari - who was suffering from burns he had suffered in a Formula 2 race in Genoa the previous weekend - was sixth. Seventh place would have gone to Stirling Moss in an HWM F2 car but he ran out of fuel on the last lap and so the place went to Louis Chiron's Maserati. 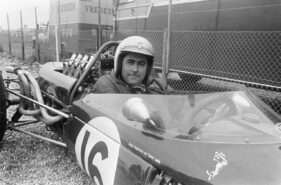 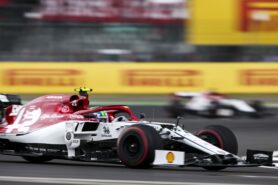