F1 Sakhir: George stars & Perez wins from the back By Peter Windsor 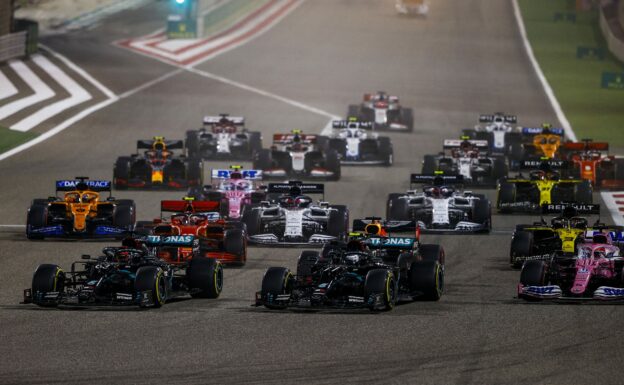 George Russell, standing in at Mercedes for Lewis Hamilton, took an immediate lead of the Sakhir GP in Bahrain and was heading for victory, leading his team-mate, Valtteri Bottas, when the driver who replaced him at Williams-Mercedes, Jack Aitken, hit the wall coming out of the last corner.

Both Merc drivers were called in for tyre changes under Virtual Safety Car Conditions but radio miscommunication led to Bottas' tyres being fitted to Russell's car. George was thus called in for a second stop, dropping him down to the mid-field. He recovered brilliantly, and was lining up to pass Sergio Perez's Racing Point to re-take the lead, when he was forced to stop again due to a left-rear puncture. (Mercedes were fined Eu20,000 for their tyre infraction.)

With Bottas also out of the frame due to having to run the same set of hard Pirellis for his second stint, victory, for the first time in his ten-year career, went to Perez. Sergio had his own story to tell, too: he had dropped to 18th after a first-lap skirmish with Charles Leclerc and Max Verstappen - but over the next 90 min had almost perfectly managed his tyres through two outstanding stints. In this video, Peter Windsor reacts to the day's events in Bahrain. 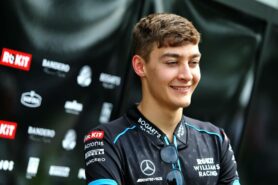 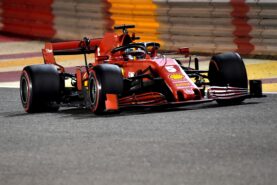