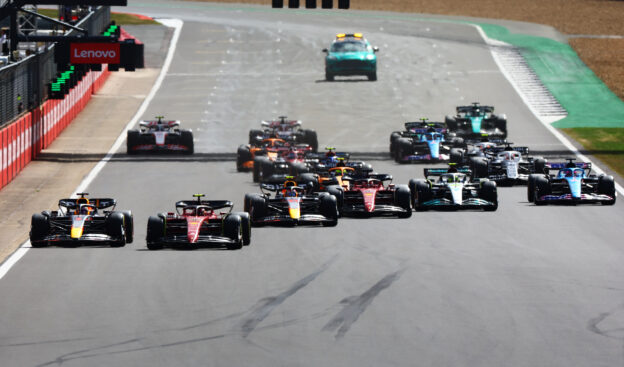 On the face of it, Ferrari's Carlos Sainz went ahead and parlayed his first pole into his first race win...but of course that barely touches the essence of the British GP at Silverstone. Alfa's Guanyu Zhou, who had qualified an excellent P9, escaped from an enormous first-corner accident triggered by cars around him. Then, just when Max Verstappen seemed to be heading for an easy win, his Red Bull slowed with suspected rear diffuser damage. The Ferrari of Charles Leclerc was also battle-scarred from early on but, even so, Leclerc drove brilliantly to take the lead from his team-mate, Carlos Sainz.

Also right up there, pushing the Ferrari's was Silverstone's favourite son, Lewis Hamilton; his revised Mercedes was imperfect but, with the latest updates, was still massively better than it had been only a few races before. Then, with ten laps to go, it all changed. Ferrari used a Safety Car deployment to fit the Sainz car with new soft Pirellis; Leclerc was left out there on old hard tyres and, despite fierce defence was quickly devoured by both Red Bull's Sergio Perez and Lewis. That left Sainz a 3-sec winner of his first Grand Prix - the British, at Silverstone, in a Ferrari - from Perez and Hamilton. Leclerc eventually finished a frustrated P4. 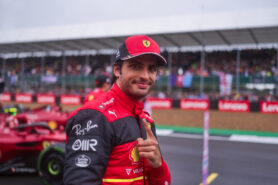 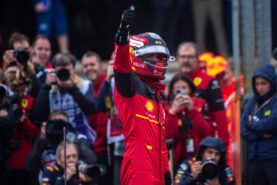 Carlos’ message for the Tifosi after the British GP