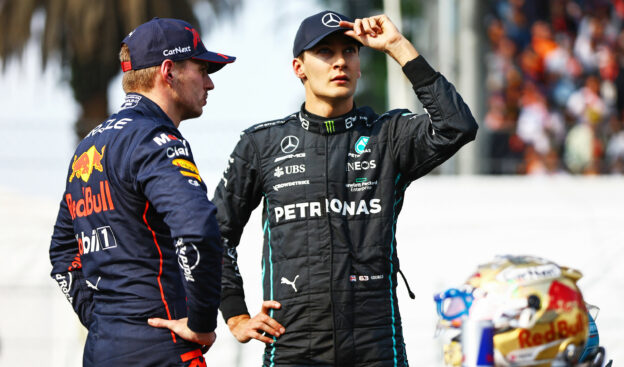 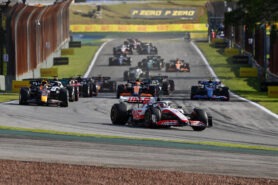 George Russell won the third Sprint qualifying event of the 2022 F1 season for Mercedes. He started from P3 and passed Kevin Magnussen and Max Verstappen to win the Sprint.

For two laps Haas driver Kevin Magnussen could hold the lead of the Sprint. Verstappen took over the lead at turn 1 of lap 3 from the Danish driver. Behind him both Alpine drivers Esteban Ocon and Fernando Alonso had a few collisions that damaged both cars. Alonso had to pit for a new front wing and Ocon was dropping back due to cooling problems.

In lap 13 Alex Albon retired. In front a fierce battle developed between Mercedes driver George Russell and Red Bull driver Max Verstappen for the lead. The young guns battled for five laps and Russell overtook Verstappen on track in lap 13.

Behind them Ferrari driver on P3 and Mercedes driver Lewis Hamilton on P4 where having a battle also and came closer each lap to the struggling Red Bull of Verstappen.

In lap 19 Sainz also passed Verstappen in turn 1, but both drivers collided and Verstappen damaged his front wing and also got passed by Hamilton at the end of that lap. 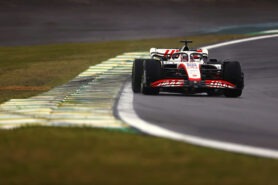 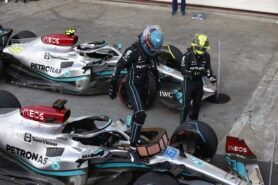