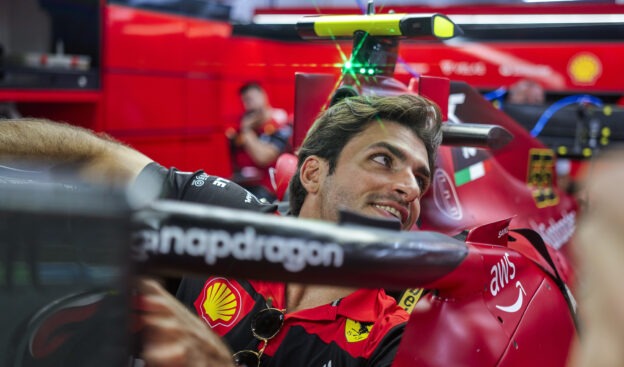 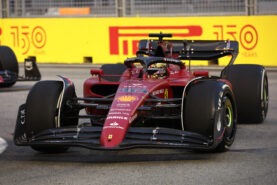 Alex Albon who is recovering from his recent appendix surgery didn't have any issue during first practice and continued this second free practice before the 2022 Singapore F1 Grand Prix.

Mercedes driver George Russell first clocked lap time was a 1:44.661 min on soft tyres. His teammate Lewis Hamilton bettered that time by 0.570s right away and put the P1 time to 1:44.091 min. The complete top 7 was using the Medium tyre compound.

Both Red Bull's and Leclerc had not gone out yet. Red Bull mechanics were still working on the front suspension  of Verstappen's car.

Fifteen minutes into the session Hamilton improved to a 1:43.668 min. A few minutes before that Ferrari driver Carlos Sainz put in a quick lap on a set of Mediums and ran quicker than Hamilton's first time and now was second quickest.

With 35 minutes to go Verstappen set his first lap time on a set of Hard compound tyres. His first lap time was 5th quickest and 1.414s slower than Sainz, who now was on P1 again with a 1:43.231 on Softs. His teammate Sergio Pérez still wasn't able to go out as his car had a drive-train problem.

Verstappen only had driven one lap on the Hard tyres and returned to the pits, to change some settings on the front suspension again. The sister team of Red Bull, AlphaTauri had a problem when the engine cover caught fire in the garage. Pierre Gasly jumped out his car to escape from the fire, which was quickly extinguished by one of his mechanics.

With 15 minutes to go the teams started their race simulations and Gasly got out on the circuit again, to continue his free practice.

In the last 5 minutes Verstappen did a quali simulation and ended up on P4 clocking a 1:42.926 min. The Dutchman was on par with Sainz lap time until the third sector, where he lost over 3 tenths. 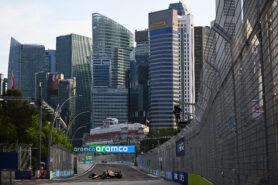 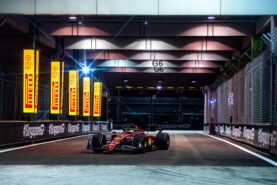