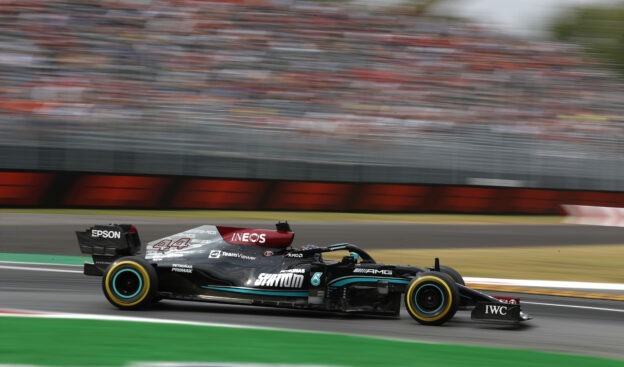 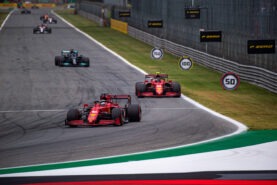 Several cars at the 'Temple of Speed' at Monza

Not much happened in the first 15 minutes of the second practice of the Italian Formula 1 Grand Prix. After 15 minutes Sergio Perez was fastest on the mediums with a 1:24.870 min, because only 10 drivers had set a lap time.

Halfway the session got red flagged when Ferrari driver Carlos Sainz crashed head-on in the Ascari chicane. The Spanish driver lost control of the SF21 when he probably went to early on the throttle coming out of turn 8. At that moment Sainz was only 17th and two places  behind his teammate Charles Leclerc.

It took 10 minutes before the session was restarted. The driver who had clocked the quickest lap time up till now was Red Bull driver Max Verstappen with a 1:23.754 on a set of Soft tyres. Perez was second (+0,436s) and third was Pierre Gasly (+1,328s) in the AlphaTauri also on Soft tyres.

In the end of the session both Mercedes drivers managed to beat Verstappen's time to get P1 and P2, with Hamilton on top. The surprise of the session was Alfa Romeo driver Robert Kubica who was 6th fastest.

Last year's fastest lap time of FP2 was a 1:20.192 min, driven by Lewis Hamilton with the Mercedes. 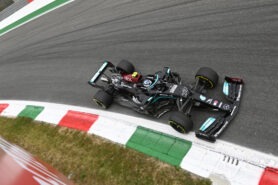 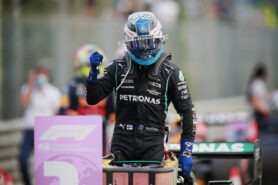