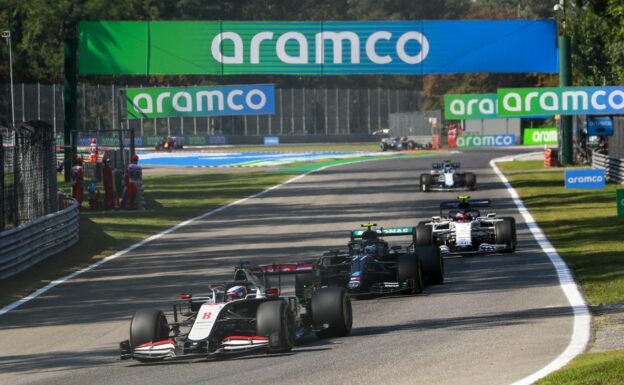 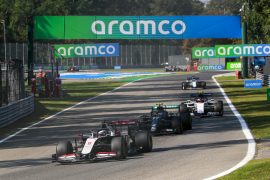 Several cars on track during practice

There were perfect weather conditions during this second practice for the Sunday's 2020 Italian Grand Prix.

A lot of drivers exceeded the track limits of turn 11 and had their lap erased.

Both Ferrari drivers had a hard time to keep up the pace and Sebastian Vettel. Because of the lack of engine power Ferrari has to ride with very low rear downforce. Vettel even spun the SF1000 coming out of the first Lesmo corner. Charles Leclerc almost did the same and even said to his team that qualifying would will be a disaster tomorrow.

Half way the session all cars came out to get in a lap on the soft tyres to practice for qualifying. The number of cars on the track almost looked like the race was already started.

The team to beat: Mercedes. Was again way faster than the rest of the grid. Lewis Hamilton was almost a second quicker than Pierre Gasly who was on P3 and very quick around Monza. Even quicker than Max Verstappen who was 4th in the Red Bull.

At the end of the session it was McLaren driver Lando Norris who ended up as 3rd fastest. The young British driver had fitted a set of red soft tyres for it.

Last years quickest lap time in FP2 was a 1:20.978 min, driven by Charles Leclerc on a wet Monza with the Ferrari SF90. 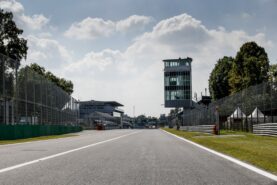 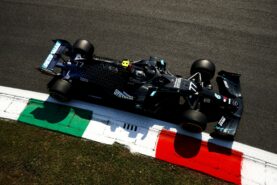