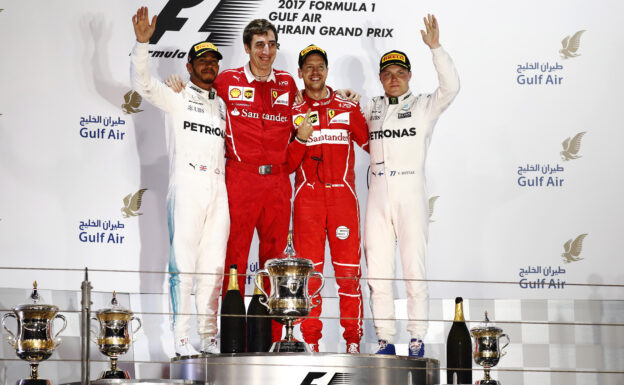 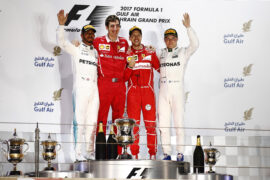 Sebastian Vettel won the 2017 Bahrain Grand Prix today for Ferrari. It was his 2nd win of the season and number 44 of his F1 career.

Vettel started as 3rd on the grid and drove 2nd after the first corner right after the start.

He was able to follow the Mercedes W08 of Valtteri Bottas in the early stages of the race. Vettel pitted early to virtually pass Bottas, which was a gamble and turned out as very well. After all pitstops were done, he came out as no. 1.

Max Verstappen who had a perfect start of the race and turned up 4th after first corner. He also pitted early in lap 12 but had a brake failure right after it and had to retire.

Later on Lance Stroll's Williams FW40 was torpedoed by Daniil Kvyat's Toro Rosso STR12 and had to retire, while Kvyat could go on. A safety car period was also a result to clean up the track.

Half way Lewis Hamilton was charging to take the lead from Vettel and passed his team mate Bottas. But came out short due to a 5 second penalty and had to settle for 2nd. Valtteri Bottas finished 3rd. 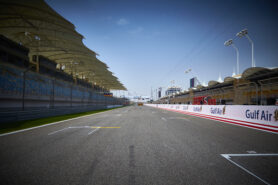 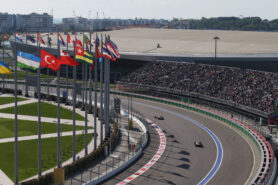