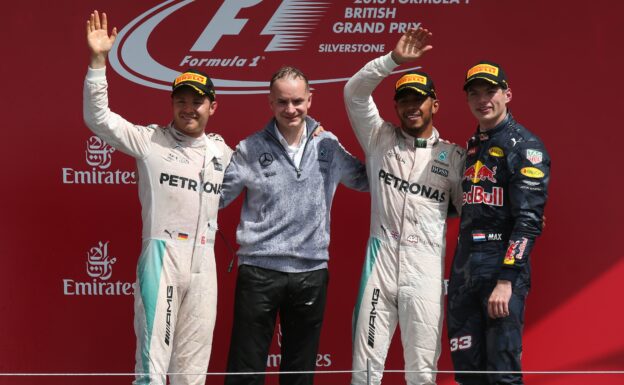 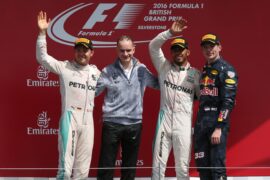 He won his 47th F1 race of his career and the 54th race win for Mercedes.

Nico Rosbeg finished second after an epic fight with 3rd place finisher Max Verstappen who scored his 3rd podium in his career today. The had a few great battles on the legendary circuit.

At first Verstappen passed Rosberg on the outside coming out of Chapel corner. Later on Rosberg passed the Dutchman at the end of Hanger Straight on DRS.

See all details about F1 statistics in current 2016 F1 championship standings and our Top 100 all time driver rankings list.

Don't forget to have a look on our 2016 British F1 GP pictures page. 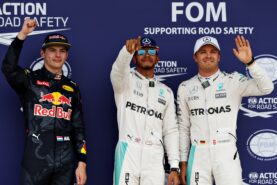 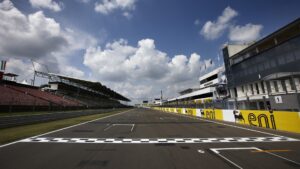