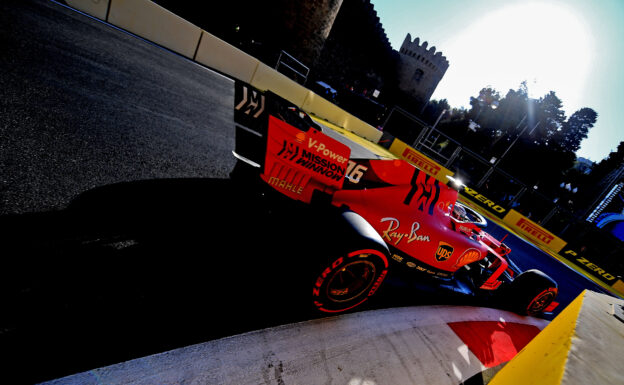 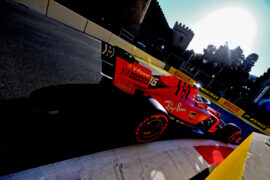 The third and final practice for qualifying this afternoon was kicked-off by Pierre Gasly who put the first lap time on the leaderboard. He drove a 1:49.815 on the soft tyres. Gasly missed a call to go to the weighbridge at the end of FP2 yesterday and received a penalty. He must start the race from the pit lane tomorrow.

Charles Leclerc topped the time sheet already at the beginning on the red soft tyres, but Mercedes driver Lewis Hamilton was only 0.6 sec. slower on the medium tyres. No strange incidents happened during the final free practice in Azerbaijan.

With 18 minutes to go both Mercedes drivers switched to the Soft Pirelii tyre compounds to do some qualifying runs. Hamilton did score a purple first sector, but only won 0.1 sec. Max Verstappen did a better job in the Red Bull RB15 and jumped from P5 to P2. The Dutchman only was 0.2 sec slower than Leclerc's lap time.

In terms of top speed the Alfa Romeo of Kimi Raikkonen seems to reach the highest top speed. At the end of the session he reached a top speed of 340 km/h, while Hamilton and Bottas their top speed was 10-15 km/h slower on the 2.2. km long straight.

Leclerc was by far the quickest during this FP3 in the Ferrari SF90. The young driver from Monaco improved his time by almost a second in his last run! His time is almost 2 seconds faster than last year. His team mate Sebastian Vettel was only 0,2 sec slower.

Both Ferrari drivers showed great pace and were over a second quicker a lap than the competition.

In last years FP3 Sebastian Vettel was quickest with a 1:43.091 min in the Ferrari SF71H on Ultra soft tyres.

Don't forget to fill-in your F1 Poule in our game to win 2 F1 tickets.

Below you can see footage of the final practice highlights.

Qualifying is coming up shortly 🙌 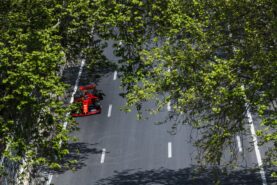 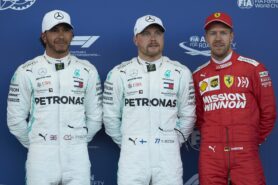