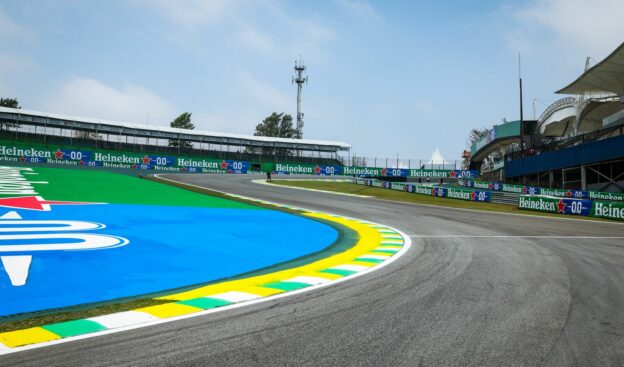 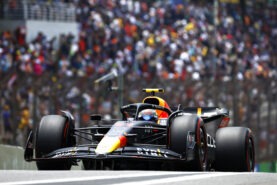 The first practice for the 2022 Sao Paulo F1 Grand Prix in Brazil had nearly perfect weather conditions. Carlos Sainz started this FP1 session with his sixth Ferrari engine in the back of the F1-75 and will get a grid penalty again.

Because this Brazilian F1 event holds a Sprint race, this session is very important. Qualifying for the Sprint already starts in 2,5 hours after this FP1 is finished.

Halfway the session Red Bull driver Sergio Pérez was quickest, because he was the first to put in a lap on the quickest Soft tyre compound. His lap was a 1:11.853 min. Second was Haas driver Kevin Magnussen on 1.323s on Mediums. Third was the other Haas driver Mick Schumacher also on Mediums.

Later on double F1 World Champion Max Verstappen also did a lap on a set of softs, but couldn't go faster than his teammate and was 0.008 sec. slower.

Lewis Hamilton was complaining that the rear of the Mercedes W13 had no grip. He was 1.9s behind on P1 and on P17 at that moment with a set of Mediums. The Mercedes team fitted a different rear wing on his car after that.

With 16 minutes to go Aston Martin driver Lance Stroll drove back to his pit garage, because their was something wrong with the car.

With 13 minutes to go McLaren was still driving around on the Hard compound tyres and both drivers where over 3 seconds slower than P'érez's lap time.

Later on the Mercedes got quite close to both Red Bulls when they fitted the Softs and were less than 0.2 sec. behind. In the end both Ferrari drivers Charles Leclerc and Carlos Sainz came even closer on the Softs. Leclerc was able to snatch P2 from Verstappen and was only 0.004s behind Pérez and in front of Verstappen. The top 14 was even less than 1 sec. apart. 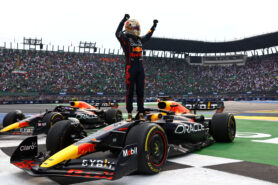 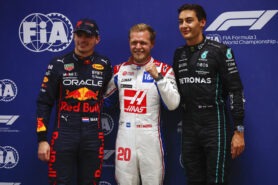