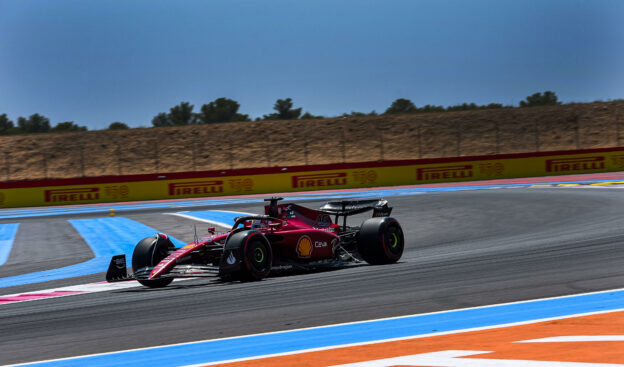 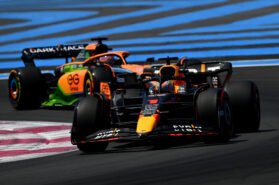 The first practice for the upcoming 2022 French Formula 1 Grand Prix was driven under scorching hot weather conditions. With a track temperature of more then 55°C, the drivers did not have any problems to get heat in the tyres.

After 5 minutes Charles Leclerc topped the timesheet with a 1:37.420 min in the Ferrari. One minute later his title rival this year Max Verstappen improved that time with by not less then 1.7 sec in the Red Bull. Verstappen's his first clocked lap time was a 1:35.727 min. Both drivers used the soft tyre compound, while all other drivers in the top 5 were on medium tyres.

Ten minutes into this FP1 session Verstappen's teammate Sergio Pérez joined him on top of the timesheet on P2. The Mexican driver was 1.171 sec. behind on the same soft compound tyres. After 20 minutes Pérez had a huge spin at turn 3 and destroyed his set of soft tyres, but could keep it out of the barrier.

Not much drama happened during the session. A few drivers went wide at some corners and all teams where able to run their practice programme to get in shape for tomorrow's qualifying and Sunday's race.

1:33.448 min was the fastest lap time of last year's FP1 in France. It was clocked by Valtteri Bottas with the Mercedes W12. 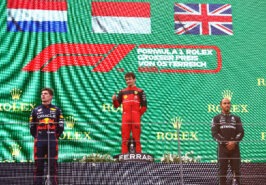 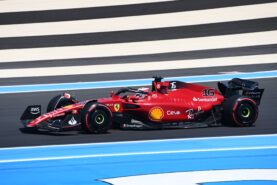