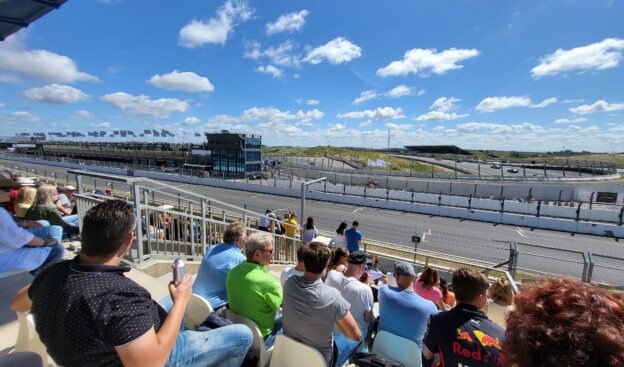 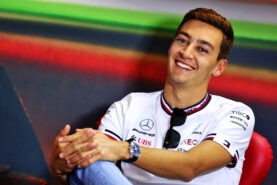 Packed grandstands again already at the start of first practice before the 2022 Dutch F1 Grand Prix.

After 15 minutes home driver Max Verstappen set the quickest lap time on the timesheet with a 1:14.714 min on hard tyres. A few moment later Verstappen stopped the RB18 on the track after turn 3 and told his Red Bull team that his gearbox had broke down. A red flag period was used to recover the RB18.Max

When the session restarted Fernando Alonso was the first who tried out a set of soft tyres around Zandvoort and went a full second faster than Verstappen.

With fifteen minutes to go Sainz still was quickest and George Russell has improved to P3 with the Mercedes and  later even improved to P1 with a 1:12.455 with the softs. Later on his teammate Lewis Hamilton also moved up the order and was second fastest +0.240s behind Russell.

McLaren also looks quick out of the box with Norris on P 4 and Ricciardo on P5. It will be interesting to see if the will keep this up in FP2 later today. 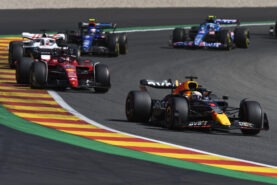 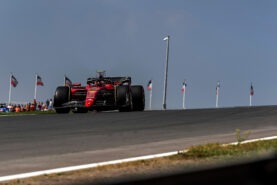