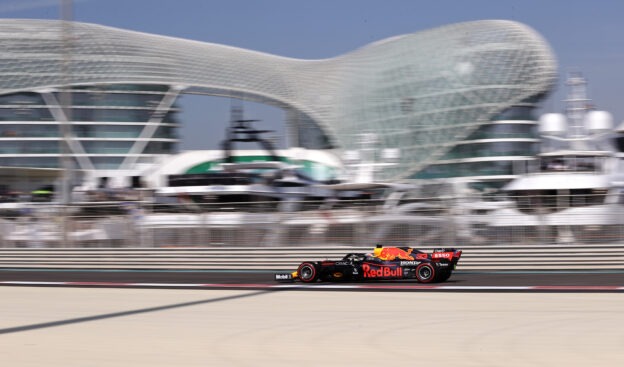 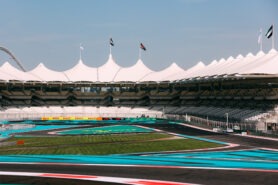 Kimi Raikkonen was first to drive out of the pits in the Alfa Romeo, to start his last first practice of his F1 career. The Finn will retire from F1 after the 2021 Abu Dhabi Formula 1 Grand Prix this Sunday.

The Yas Marina circuit has been changed a lot since last year's race. A lot of turns have been changed. Turn 5 and 6 are gone, turn 7 has been made more wide. On the other side of the Abu Dahbi track turn 12, 13 and 14 have been made 1 slightly banked corner and old turns 17, 18, 19 and 20 are made more round. All changes have been done to try and make the racing better around the beautiful track.

Raikkonen and Ferrari driver Charles Leclerc drove around with an aerorack behind their car in the first couple of laps. There also was a new name driving around for the Williams team this FP1 as Jack Aitken was driving the FW43B instead of George Russel.

After 5 minutes Lewis Hamilton was still quickest with a 1:27.148 min in the Mercedes W12. Max Verstappen was also right on it and improved Hamilton's time on his first try with the Red Bull RB16B.

Fifteen minutes into the session Verstappen topped the timesheet with a 1:25.602. Alpine driver Fernando Alonso was second on +0.544s and Hamilton was 3rd on +0.688s. All drivers used the soft tyres in their runs.

Halfway the session Verstappen was quickest with a 1:25.300. The Dutchman was 0.252s in front of Hamilton, while his teammate was 3rd on +0.694s. Hamilton's teammate Valtteri Bottas who will drive his last GP for Mercedes was 4th. One tenth behind the Finn was Pierre Gasly in the AlphaTauri.

With 23 minutes to go Alpine driver Esteban Ocon had a small problem with his gearbox and lost drive. The French driver did manage to fix it on track with the team advice from the radio.

All drivers put in their laps and only a few yellow flag were seen. 15 minutes before the end Verstappen still topped the timesheet and had improved to a 1:25.009. Bottas now was second and had beaten his teammate Hamilton and was a little less then +0.2s behind Verstappen. Hamilton was on 3rd on +0.35s. This year's AlphaTuari rookie Yuki Tsunoda was on P4 being only 0.023s behind Hamilton. 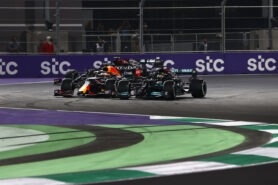 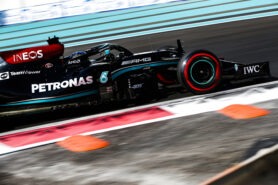