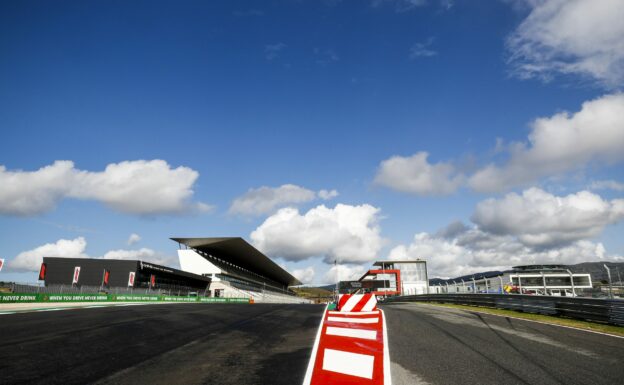 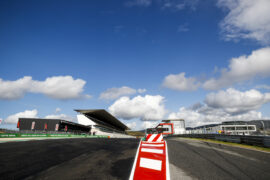 It was the first time since 1996 that we saw Formula one cars driving around in Portugal that compete for the F1 championship. Carlos Sainz was the first to put a lap time on the leaderboard. He clocked a lap time of 1:24.452 min on his first lap. But that time was deleted right away because het run wide in turn 4.

Max Verstappen was the first to spin on the "new" track. He lost control of the Red Bull RB16 in turn 4. With an hour to go it was Ferrari driver Charles Leclerc who topped the leaderboard with a 1:20.410 min. A few minutes later he lost control of the SF1000 in turn 14 and almost ended up in the gravel pit.

Verstappen didn't have strong session. Halfway the session we saw the pit crew was replacing the floor of the Red Bull and later on the Honda engine in the back seem to be smoking a lot.

Looking at the number of spins and drivers going wide, we can say that the new circuit in the Algarve is quite difficult to learn. At the end of the session we also saw a smoke coming out of the back of Esteban Ocon's Renault. His team told Ocon to return to the pits and not to change gears. 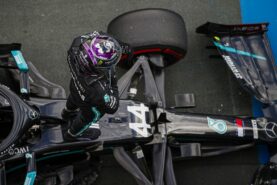 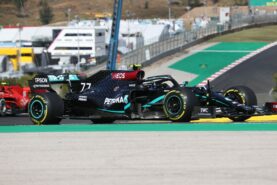