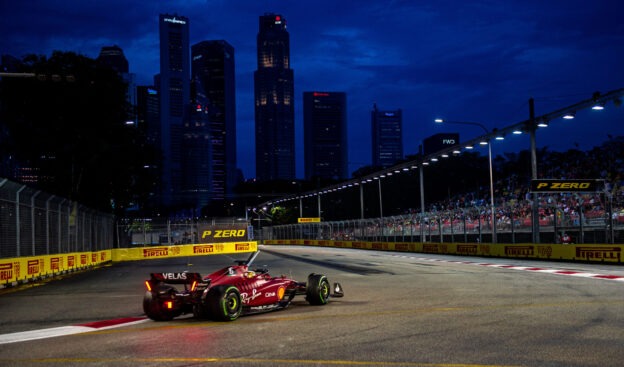 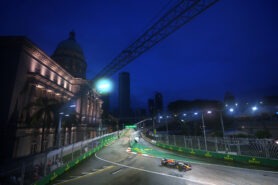 Ferrari driver Charles Leclerc was fastest in qualifying for the Singapore Grand Prix, with a pole time of 1:49.412 min on the P Zero Red soft. He heads Red Bull’s Sergio Pérez and Mercedes driver Lewis Hamilton on tomorrow’s grid.

The day was characterised by intermittent rain, which means that the teams used both the slicks as well as wet-weather tyres on the Marina Bay circuit. The surface seemed to dry up more quickly during FP3 compared to qualifying two hours later, when the track remained wet for longer, meaning that the teams weren’t able to make a quick switch to slicks.

With both the Cinturato Green intermediate tyres as well as the P Zero Red soft tyres used in Q3, it was possible to evaluate the crossover point during qualifying quite precisely. This seemed to be lower than initial estimates, at around 1:52s. That information could be important for tomorrow’s race, which might also be wet.
The cars took to the track for FP3 half an hour after the start of the session, once the rain was less intense with the track more driveable. During the session, some teams moved quite rapidly from the Cinturato Blue full wets onto the intermediates. Leclerc was again quickest, with a time of 1:57.782 min on the intermediates.

The Pirelli Pole Position Award was presented by celebrity architect Paul Noritaka Tange, who heads up Tange Associates. The firm founded by his father Kenzo Tange has designed famous buildings all over the world, including the Tokyo National Gymnasium for the 1964 Olympic Games, as well as the Olympic Aquatics Centre for the recent 2020 Games in the same city. In Singapore, Tange has been responsible for an impressive array of projects such as the country’s closed stadium as well as the Cathay JadeScape and Lee Kuan Yew Tower. As a result, he is recognised as a key player in the ‘mutual co-operation’ between Japan and Singapore.

George Russell, Mercedes car #63: Required to start from the pit lane - Car modified whilst under Parc Fermé conditions and additional power unit elements have been used 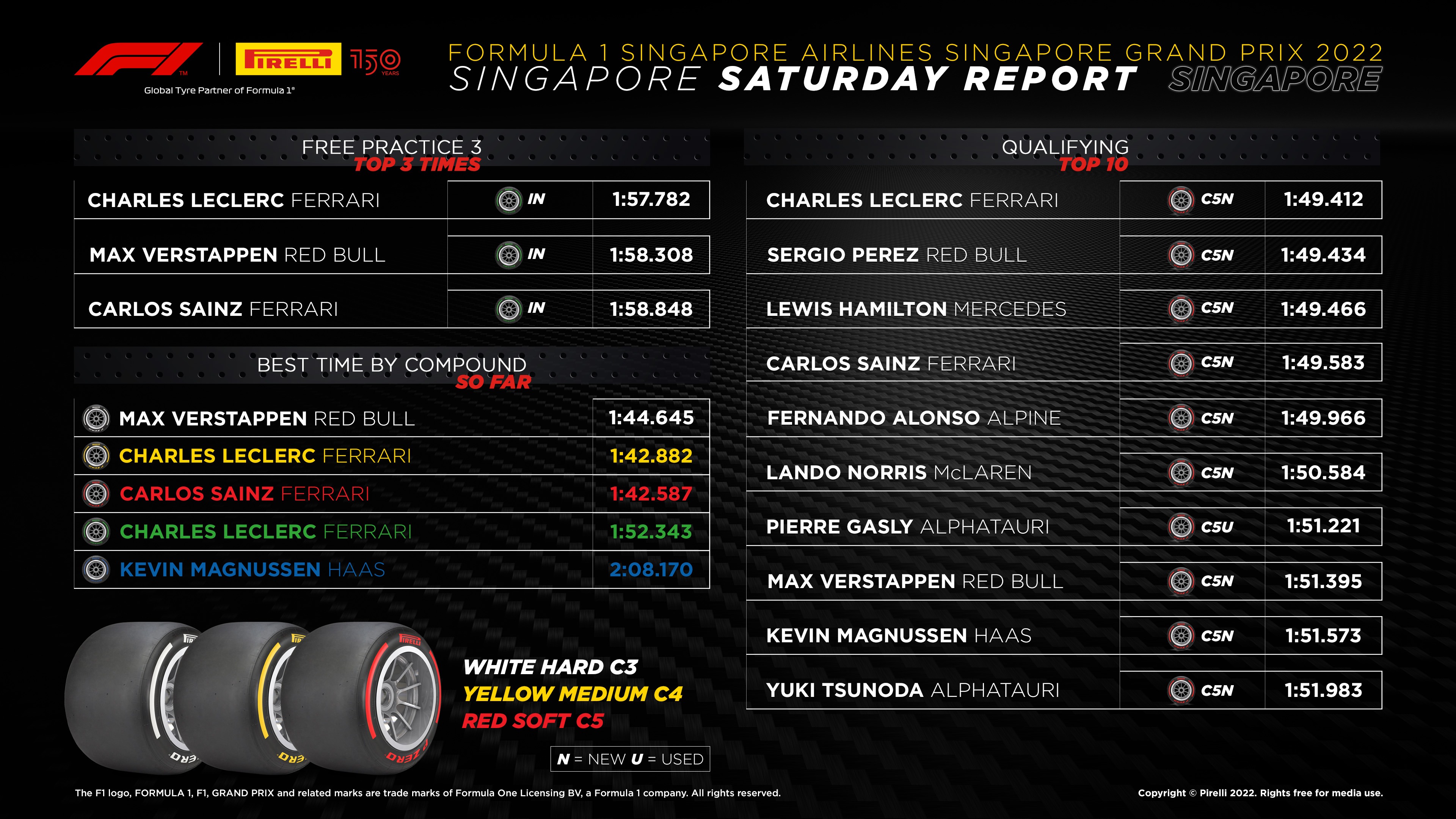 If it stays dry, the best strategy for the Singapore Grand Prix should be a one-stopper. This could involve starting on the P Zero Yellow medium tyres and running them until between laps 22 and 28, before going onto the P Zero White hard until the flag. An alternative would be to run the P Zero Red soft for between 18 and 24 laps after the start, before switching to hard.

There are a number of well-known external factors that often influence strategy in Singapore: every race held at Marina Bay has featured at least one safety car, while today also showed how the weather poses a question mark for tomorrow. There’s still a chance of heavy rain showers, which are much more difficult to predict than at other races in the championship. 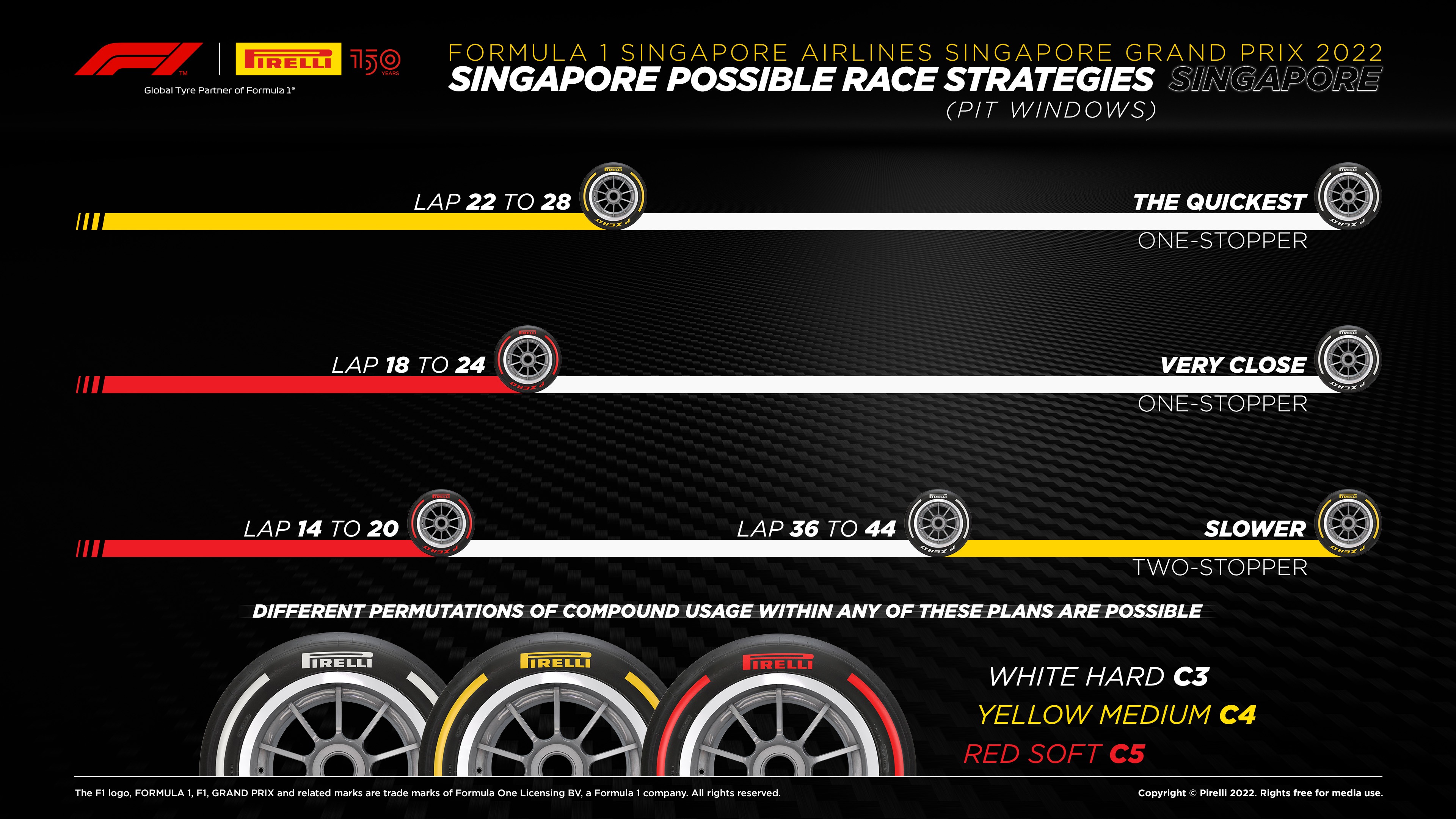 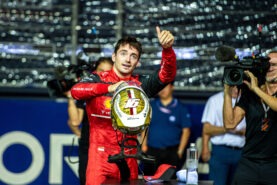 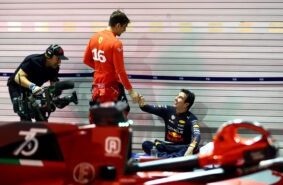