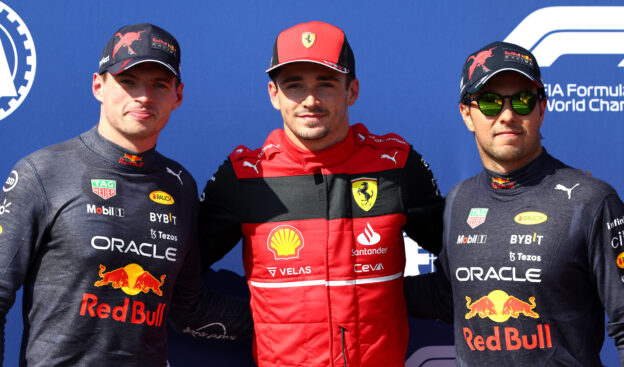 Ferrari driver Charles Leclerc will start from pole position at the 2022 French Formula 1 Grand Prix tomorrow. It's the first time in his F1 career that Leclerc will scored pole in France. With the help of his teammate Carlos Sainz, he managed to do it with quite a big margin of 0.3 sec. Along side him on the front row will start his F1 drivers' title rival Max Verstappen who drives for Red Bull Racing. Verstappen now leads the championship with 208 points and is 38 points in front of Leclerc.

To come closer to Verstappen, Leclerc needs to win this race. Whether or not he will is yet to be seen. The Red Bulls were very quick in final practice today and might be much faster than the Ferrari drivers. Leclerc also has to fight on his own, because his teammate Carlos Sainz has to start from the back, due to grid penalties for using more than the allowed amount of power unit elements already. 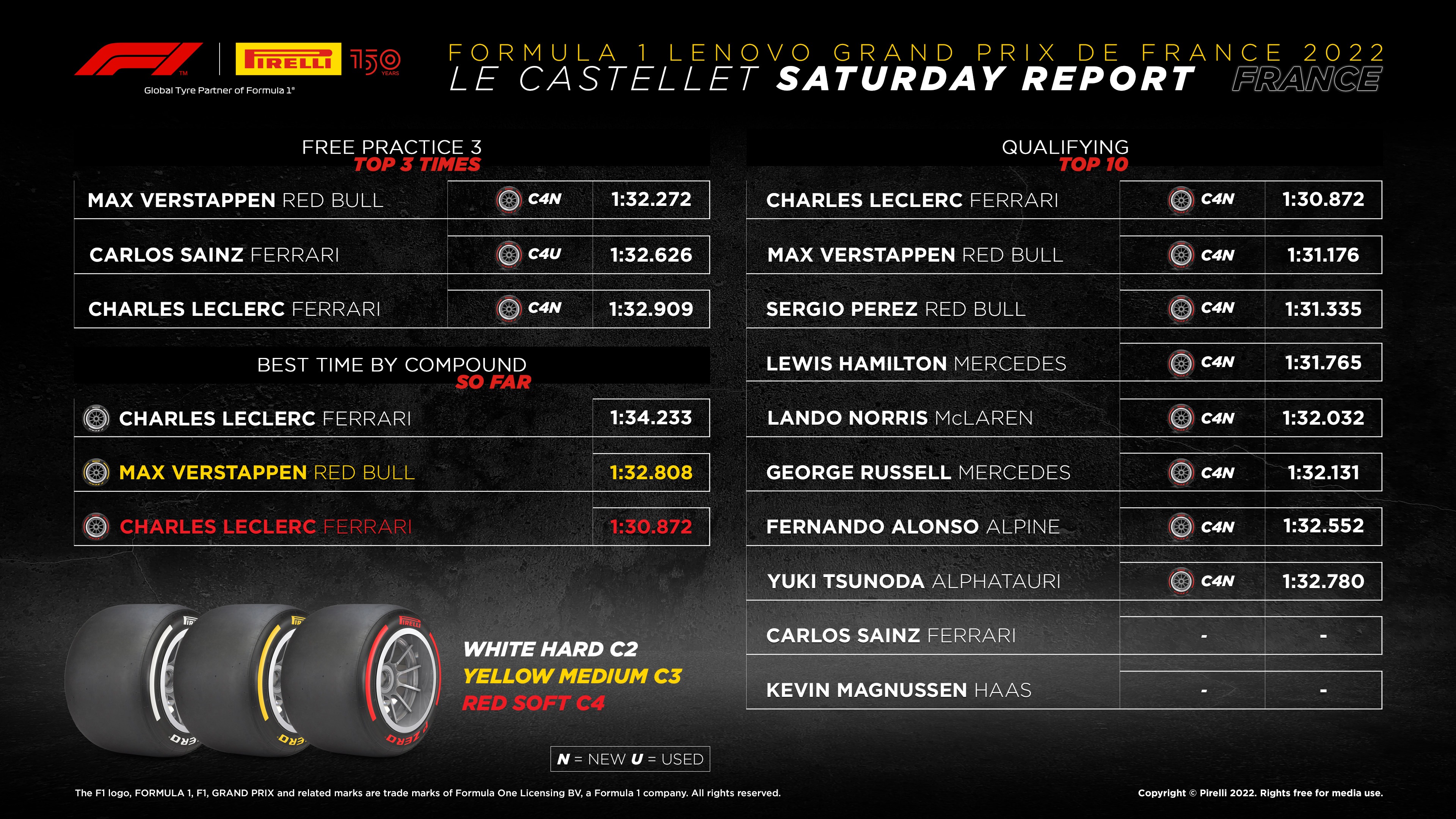 The hot conditions are likely to point the teams towards a two-stopper, although a one-stopper isn’t out of the question. Starting on the medium tyre gives most options, as this could be followed by two stints on the hard, or a central stint on the hard followed by a final stint on the medium again. It will all come down to degradation rates on race day, which of course vary from car to car.

The other factor deciding the strategy will obviously be the individual compounds that each driver has left in his race allocation.

A one-stopper might not be impossible but it is harder to achieve with more management required. In which case, it would be medium to hard – or alternatively, hard to medium with a long first stint.

Pirelli's Motorsport Director - Mario Isola said:
“On paper, a one-stopper from medium to hard is actually theoretically fastest, but I still think that most teams will be aiming for a two stopper, most likely using the medium and the hard tyres. It’s interesting to note that of the frontrunners, Leclerc is the only one to have one set of hards and two sets of medium tyres left for the race: his direct rivals mostly have two sets of hards and just one set of mediums. So it’s likely that we will see some different strategies, in conditions that are going to be perhaps hotter than today.” 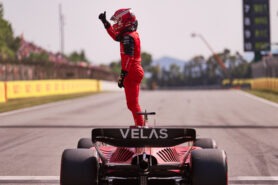 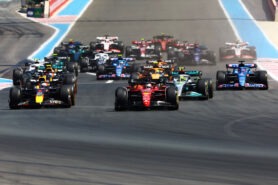