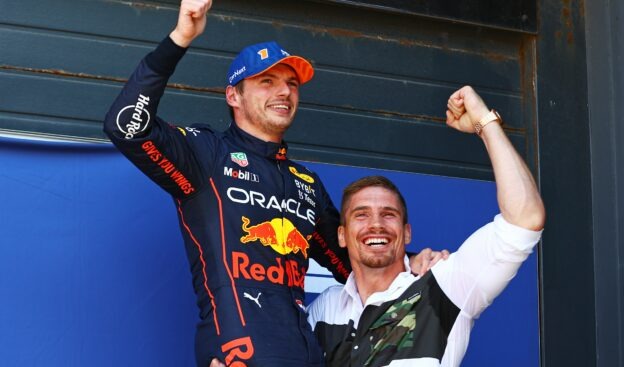 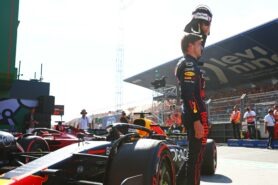 Ferrari almost was able to ruin the Dutch party at Zandvoort today. Charles Leclerc only came 0.021 sec.short to push local Dutch hero Max Verstappen back to P2 on the start grid for tomorrow's 2022 Dutch F1 Grand Prix. Today's qualifying session was a very tight session. In Q1 the top 15 was only 0.5 sec. apart.

Red Bull and Ferrari look to be also very close for tomorrow's Dutch F1 Grand Prix. The Ferraris always have a very good getaway. The run the first corner called Tarzan isn't very far. Who will come out as first will be very interesting to watch.

How did Verstappen won his second home GP pole?

Red Bull’s Max Verstappen claimed a home pole position, using the P Zero Red soft tyre from beginning to end of qualifying, ahead of the two Ferraris of Charles Leclerc and Carlos Sainz. The top three were covered by less than a tenth of a second. All the drivers used the soft from start to finish of qualifying, which was dry and warm with 30 degrees ambient and 41 degrees of track temperature. Tomorrow, there’s a 40% chance of rain currently forecast.
The soft tyre showed low degradation even on a full fuel load in FP3 (where Leclerc went fastest).

The Pirelli Pole Position Award was presented by one of the biggest sporting personalities in the Netherlands: ‘the King of Kick Boxing’ Rico Verhoeven. Rated as number one in the word and considered a role model for youngsters throughout the country, Verhoeven is also a well-known ambassador for family values and positivity, pushing fairness in fighting beyond the limits of sport. Verhoeven is passionate fan of supercars on road and track; he is currently finishing a film as well, due for release next year. 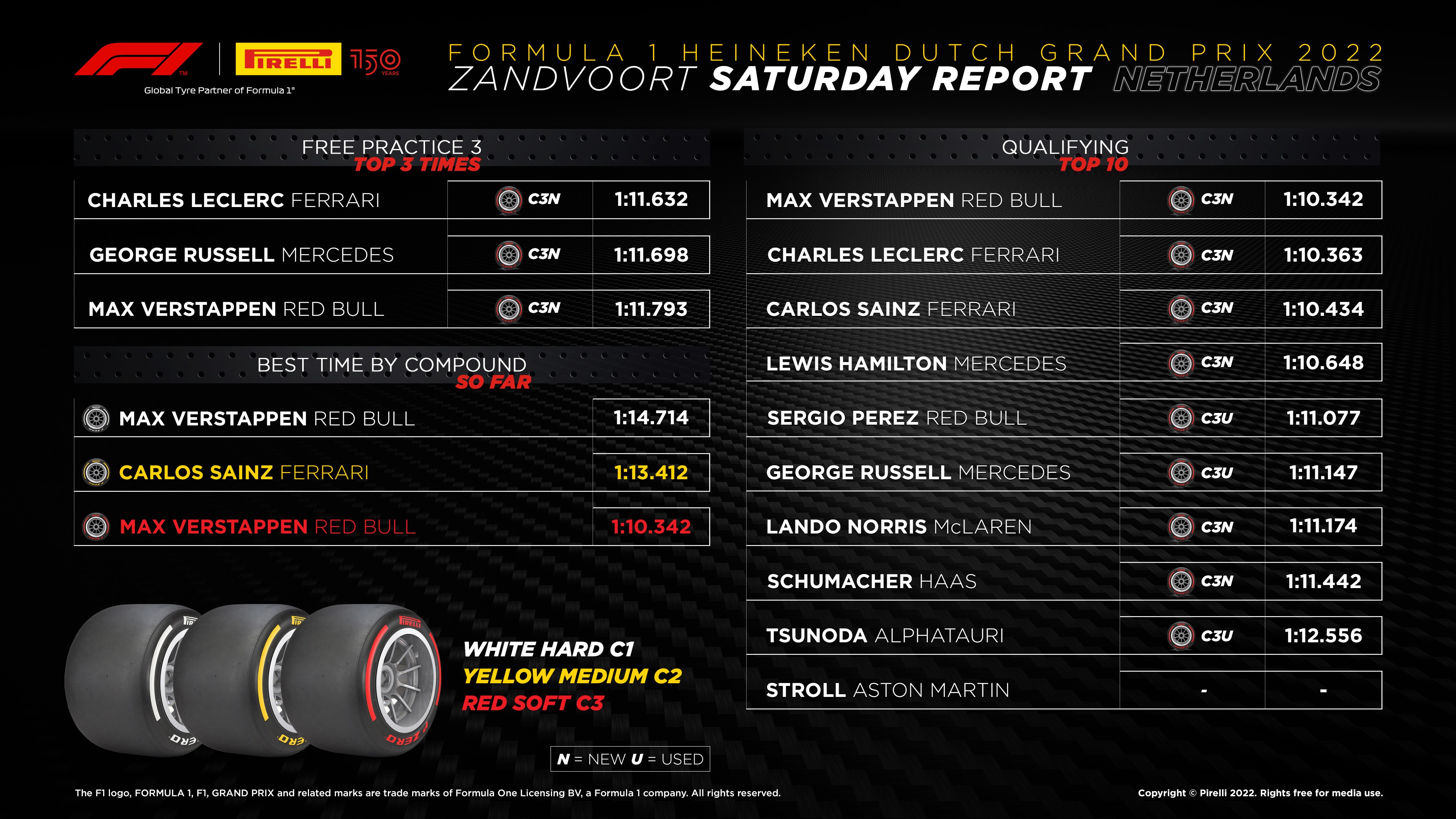 What will be best 2022 Dutch F1 Grand Prix strategy?

The 72-lap Dutch Grand Prix is quickest on paper as a two-stopper, but that doesn’t exclude a one-stopper.
If going for a two-stopper, starting on the soft is a good idea. This could then be followed by two stints on the P Zero Yellow medium (if enough medium tyres are available within a driver’s allocation, as is the case for Red Bull, Ferrari and Mercedes) or one stint on the medium with a final stint on the soft again. A one-stopper could either be medium to P Zero White hard or soft to hard (to have some extra speed at the beginning of the race). A soft-medium one-stopper is also possible, but it’s marginal for wear life, with a lot of pace management required.

Starting on the medium gives different options, but either a one-stopper or a two-stopper is still achievable even if starting on the soft. There are a few variables affecting these theoretical calculations, such as the amount of degradation on the soft tyre and the amount of grip on the hard. This is an old-school circuit with not much run-off, and the action so far suggests that a safety car could be likely – which means a cheap pit stop. With this year’s generation of cars and tyres helping to overtake, track position might not be the priority that it was before: this could favour some more aggressive two-stop strategies. One more point: at 60kph, the pit lane speed limit is lower here than at most other tracks, meaning that it takes a bit longer to make a pit stop. 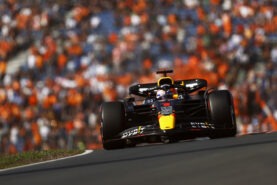 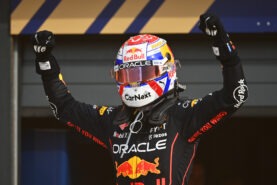