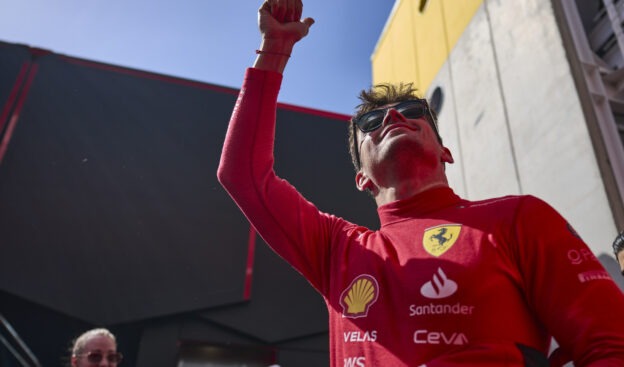 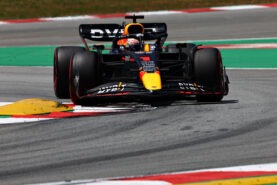 Charles Leclerc qualified as quickest for the 13th time today. The Ferrari driver scored pole position for tomorrow's 2022 Spanish Grand Prix. It was the fourth pole of the season for the Monegasque driver and the 234th pole for the Ferrari team.

Both Red Bull drivers got straight out. Sergio Perez first lap was a 1:20.447 on soft tyres. Max Verstappen's lap was 0.356s quicker and the Dutch driver put in a 1:20.091. After the Red Bulls both Ferrari drivers clocked their laps and were a lot quicker than Verstappen. Carlos Sainz was 0.031s quicker and Leclerc another 0.2s.

Then it was time for both Mercedes driver to show the world there car improvements. George Russel was fastest in the first sector and was on P4 on +0.357s of Leclerc's P1. His famous Mercedes teammate Lewis Hamilton was 5th and only 0.034s behind.

With five minutes to go the driver who had to improve to get into Q2 were: Alex Albon (Williams), Lance Stroll (Aston Martin), Pierre Gasly (AlphaTauri), Mick Schumacher (Haas) and Nicholas Latifi (Williams).

Both Haas driver improved a lot as the track was getting quicker by the second. Kevin Magnussen even improved to P5, while his teammate Schumacher got up to P11 and pushed out local hero Fernando Alonso in the Alpine. It was a very tight session and the top 14 positions were only 1 second apart.

I took three minutes before there was any action during the 15 minutes second quali session. With only 9 minutes to go Hamilton was the first to set a lap time on the timesheet. The Mercedes driver did the lap in 1:19.974 min. His teammate Russell shaved of another 0.324 sec. and went fastest.

In the end Lando Norris got kicked out because his lap time got deleted because the McLaren driver exceeded the track limits. Schumacher improved enough to get into Q3 for the first time in his F1 career.

Verstappen and Sainz who used a used set of softs in their first run, were a lot faster on a set of new tyres and ended up on P1 and P2.

We saw drive out all 10 cars right away as the twelve minutes long final quali session started. After the first runs Max Verstappen was quickest with a 1:19.073 min. Championship leader Leclerc went in to fast at the chicane and spun the Ferrari. He didn't hit anything and drove back to his team and now the only one that had not clocked a lap time this Q3 session.

During the final run Leclerc was the first who got out the box. Verstappen waited as long as possible before he got out for his final run. Leclerc drove a great lap and beat Verstappen's lap by 0.323 sec. and scored pole again. Verstappen could not defend, because the Dutchman lost power in his final attempt.

Last years pole time was a 1:16.741 min driven by Lewis Hamilton with the Mercedes W12. 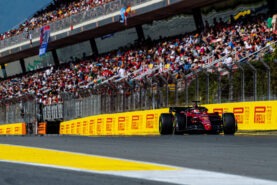 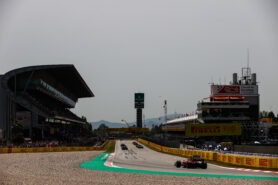