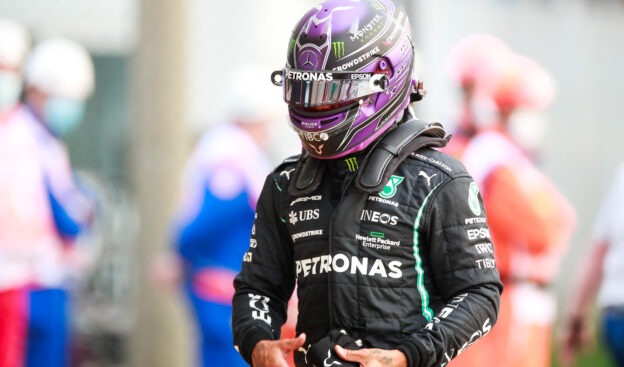 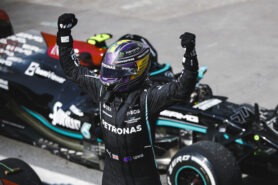 Lewis Hamilton qualified as quickest for the 102nd time in his F1 career and scored pole position for tomorrow's Qatar Grand Prix. The Mercedes driver will start from P1 for 4th time this season. It was the 133rd pole for the Mercedes F1 team.

Q1
Red Bull put on a bigger back wing on Max Verstappen's car compared to FP3. Both Haas driver were the first to enter the track. The sun already had set and floodlights were lighting up dark track. Mick Schumacher set the first lap time but it was deleted by the stewards for exceeding track limits. After the first run Mercedes driver Lewis Hamilton topped the timesheet with a 1:22.019 min. Red Bull driver Max Verstappen was +0.2s behind on P2 and AlphaTauri driver PIerre Gasly on +0.8s on P3.

With 5 minutes to go the driver in the drop zone for Q2 were: Nicholas Latifi (Williams), Kimi Räikkönen (Alfa Romeo), Antonio Giovinazzi (Alfa Romeo), MIck Schumacher (Haas) and Nikita Mazepin (Haas). All drivers in the elimination zone did improve, but did not make it into Q2.

Q2
After the first stint Hamilton topped the timesheet with a 1:21.682 on medium tyres. With 5 minutes to go the driver who had to improve to make it into Q3 were: Lando Norris (McLaren), Sergio Perez (Red Bull), George Russell (Williams), Daniel Ricciardo (McLaren) and Charles Leclerc (Ferrari).

In the end only Norris made it into Q3, which was quite extraordinary. It was the third time Perez didn't make it into Q3. Gasly and Alonso had a great lap and they even ended up as second and third.

The second stint also was kicked off by Hamilton. Verstappen came out with only 2:38 min to go. Hamilton took off 0.3 sec. off and the British driver will start on P1 for the 102th time tomorrow. 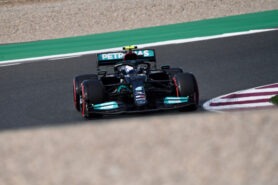 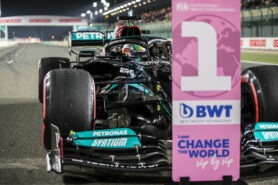